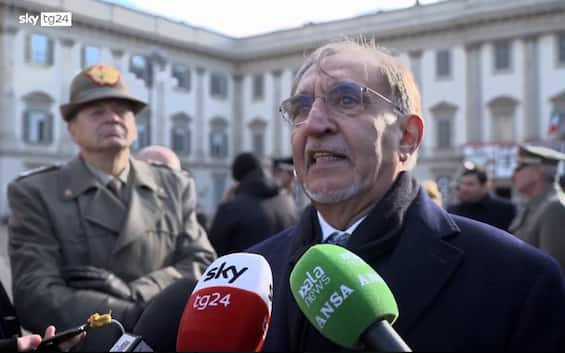 The second office of the state will not go to the demonstrations for the celebration of the liberation from fascism: “Better a bouquet of flowers”, declares the president of the Senate who underlines: “We are still in some way in an interminable post-war period”

“If to celebrate April 25 you have to go to a procession in which you can be mocked and pushed around as happened, imagine if I went to a demonstration in which even the Jewish Brigades were poorly tolerated”. The president of the Senate Ignazio La Russa said it on the occasion of the Christmas greetings with the parliamentary press. And he added: “On April 25, when I was at the defense summit, I went to the Milan cemetery where there is a statue dedicated to the partisans and I brought a huge bunch of flowers outside which I think was the sign of my recognition for those who gave life to regain freedom”.

La Russa: as a minister I brought flowers to a statue of partisans at the cemetery

The president of the Senate added: “As a politician, I had already affirmed this at the time of Fiuggi: in a very clear way we came to terms with fascism and – now I am speaking not with my office but with Ignazio La Russa – we recognized the value of the reconquest of freedom and democracy as essential.Then we made a distinction between so-called white partisans and those who lawfully, but with a different recognition, had voted against fascism to create an institutional situation that was perhaps no better, on the contrary, which was that of ‘then the Soviet Union but I brought the flowers (to the partisans)”.

“I wish that, at the end of my mandate, we had taken a small step forward on reconciliation and no one would tell me that there is no need” affirms the president of the Senate. “Almost 77 years after the end of the war we are still somehow in an interminable post-war period, in some moments of public life there is still an Italy that is not always pacified, despite the inevitable and dutiful differences of thought”. Then he continues: “If we were able to take a step forward on the degree of acceptance of the thoughts of others, always in compliance with the law, we would make an important contribution”, concludes La Russa.