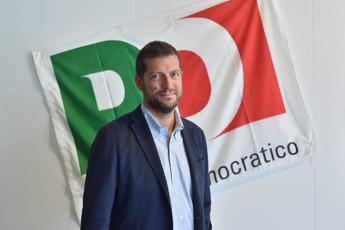 My wife Sara in the Big Brother house? “I am very proud of the choice you made, I have always admired her autonomy and her independence. I have always supported her in this choice, her work is televised and this is an important opportunity for her”. To speak is the now former parliamentary Pd Andrea Romano, ‘fresh’ from non-re-election to recent policieswho guest of Un Giorno da Pecora, on Rai Radio1, spoke at length about his life partner’s stay in the reality show Sara Manfuso.


Big Brother “is a very popular program, lately I have not followed it a little because of my electoral campaign, but from now on I will watch it more often. Sara knows that I support her even if we cannot hear each other”.

His wife still does not know of his non-re-election … “I don’t think she knew but I was convinced not to pass, I told her that my election would be complicated”. It is very easy for the Gf to create flirtations … “But no, God forbid, we are husband and wife”. Would she go to the ‘house’ to visit her partner? “There is the possibility, foreseen by the game, to be able to enter but only to greet the family member who is there. And I would very much like to do it – she assured Un Giorno da Pecora Romano – I would at least like to see her up close”. Is this meeting already planned? “No, but I would be available, I would like to see her but obviously without participating in the game”.