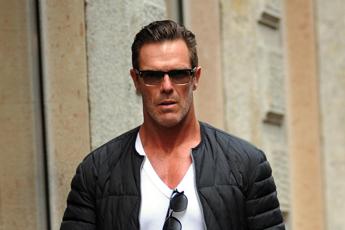 Three years for injuries and threats, the sentence against the former cyclist

The former cycling world champion Mario Cipollini was sentenced this afternoon in first instance by the Court of Lucca to 3 years in prison for injuries and threats to his ex-wife Sabrina Landucci and for threats against his current partner, Silvio Giusti, former footballer of Chievo and Siena. With the sentence, a compensation of 80 thousand euros was also established for the ex-wife and 5 thousand euros for Giusti.


The facts that are the subject of the trial for ill-treatment and threats date back to December 2016 and January 2017. The investigations were initiated following the complaint presented by the ex-wife, Sabrina Landucci, sister of Marco Landucci, former Inter and Fiorentina goalkeeper, on 9 January 2017. In the deeds of the indictment, the Public Prosecutor of Lucca claimed that Cipollini had committed “a series of acts damaging the physical and mental integrity of” his ex-wife “with punches, slaps, kicks, with injuries and death threats “. The prosecutor Letizia Cai had asked the judges for a sentence of 2 years and 6 months of imprisonment. The former cycling champion was absent today in the courtroom on the occasion of the defensive arguments of his lawyers, the lawyers Giuseppe Napoleone and Massimo Martini. The sentence was issued at the end of the council chamber by the single judge Felicia Barbieri.