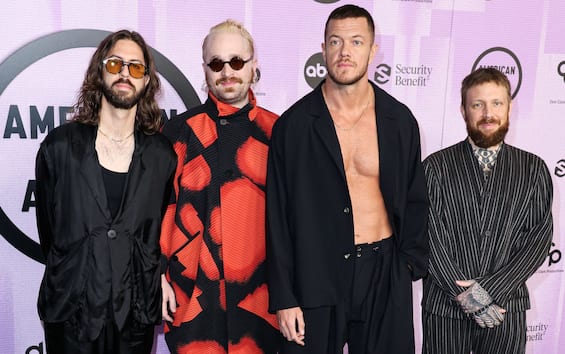 The Imagine Dragons have announced a new world tour for next summer. Surprisingly, in the list of dates, there is also Rome, the only Italian stage for the group that next Saturday 5 August will perform at the Circus Maximus, an iconic place for one of the most popular bands on a planetary level, certainly one of those who the tens of the 2000s have achieved greater success with the public. There are still many months to go but the adrenaline for the Imagine Dragons concert is already skyrocketing among Italian fans, who are now waiting for the presale of tickets to open to reserve their seats for what promises to be the event of the Italian summer .

How to buy tickets for the concert in Rome

Advance ticket sales on TicketOne it will not be open until November 30th but only for members of the MyLiveNation program. The sales window in this case will be from 10am on Wednesday 30th November to 10am on Thursday 1st December. This slot will only be available to MyLiveNation Members. All the others will have to wait for Thursday 1 December to access the presale of tickets. It is presumable that the thousands of tickets available for the concert at the Circus Maximus in Rome on August 5, which has a maximum capacity of around 10,000 people, will be sold out in a few hours. General pre-sale purchases can be made both via the website and via the call centre, on the same days and at the same times indicated above.

On this leg of the tour, Imagine Dragons travel across the United States, South America and the Middle East, including a stop in South Africa. A demanding tour for the band, which seems intent on touching as many cities on the planet as possible. For Italian fans, especially those from the north-east of the country, there is good news, because Imagine Dragons will also play in Pula, in Croatia, one of the stops of the European session of the tour. The other stages in the Old Continent, in addition to those of Pula and Rome, will be in Greece, Poland, Lithuania and the closure is expected in France in mid-August. This can also be an interesting event for fans of the northwestern tip of our country.