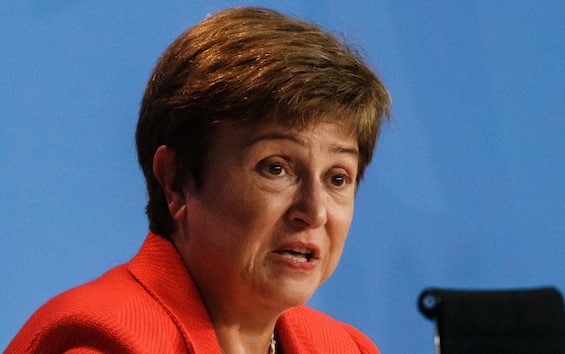 The forecast of a further slowdown in the economy is from the director general of the International Monetary Fund Kristalina Georgieva. The European Union, China and the emerging countries will be affected by a greater decline

The estimates of the International Monetary Fund predict a very tough 2023 on the economic side. The organization’s indicators foresee a third of the countries of the world and half of those of the European Union with strong possibilities of ending up in recession. 2023 will be “a tough year” – explains the director of the IMF – “harder than what we have left behind”.

The reason for so much pessimism is that the big three economies, the United States, the European Union and China, are all slowing down at the same time. The United States is the most resilient but the European Union has been hit hard by the war in Ukraine. “China will slow down further this year. And that translates into negative trends globally. And if we look at emerging markets, developing economies, the picture is even more negative,” concluded Georgieva.

Despite the slowdown in growth, the fight against inflation remains a priority and the IMF invites the central banks to go ahead with the monetary tightening without delay.

Growth estimates are down

At present, the International Monetary Fund estimates that world growth will settle at 2.7% this year. “But perhaps,” admitted Geoergieva, “it will be even less. Remember that in 2021 it was 6% and that it has dropped to 3.2% this year. In our world, “characterized by ever more frequent and devastating shocks, we have to hold hands, we have to work together”. My institution, concluded the head of the IMF – “has the task of bringing together economic policy makers so that we can be wise and persevering in the face of the truly dramatic challenges we face front”.