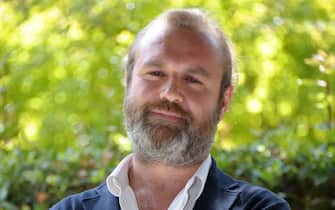 Francesco Amato is once again the director of the series, now in its second season.

WATCH THE VIDEO: Life of Charles, official trailer and release date of the series

Vanessa Scalera is Imma Tataranni, deputy prosecutor of the Public Prosecutor’s Office of Matera. She is a strong, determined and resourceful woman, she does not discount anyone either in the workplace or in the family.

Romulus, the teaser trailer of the Sky Original TV series with Vanessa Scalera

The best TV series to watch in October 2021. PHOTOS

Waiting for Gomorrah 5: what happened in the previous 4 seasons

Alessio Lapice lends his face to the charming Marshal Calogiuri.

Luna Park, all you need to know about the new Netflix TV series

“Back to crime”, between action and comedy, the new Sky Original film

The best films to see in October. PHOTO

The 30 phrases of Gomorrah: the most famous quotes from the TV series. PHOTO

Antonio Gerardi takes on the role of Don Mariano.

Years as a dog, the cast of the film with Achille Lauro. PHOTO

Cesare Bocci he is Saverio Romaniello, involved in some unlawful events.

Cesare Bocci, the most beautiful photos of the actor