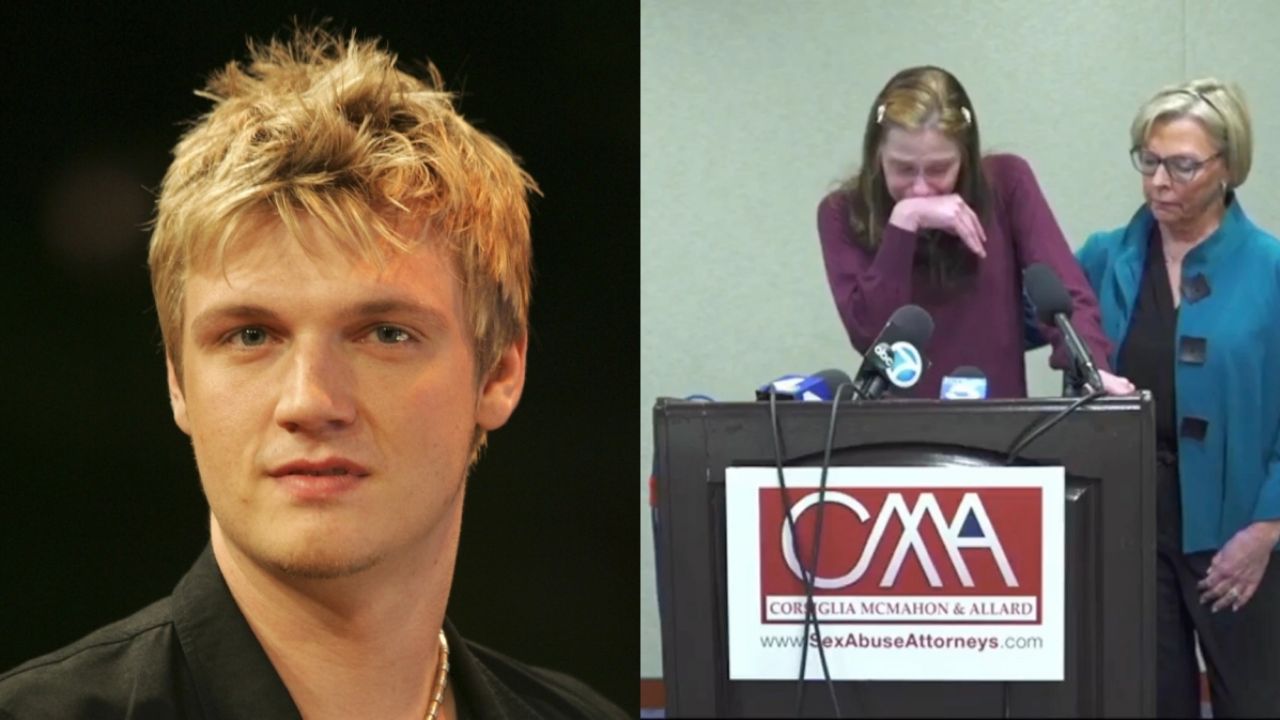 Nick Carter is being accused of raping an underage girl in 2001, according to a new lawsuit and a news conference held by the alleged victim and his attorneys Thursday.

Shannon “Shay” Ruth alleged on the Facebook live stream through tears that when she was just 17, the Backstreet Boys member sexually assaulted her.

“The past 21 years have been filled with pain, confusion, frustration, shame and self-harm that is a direct result of Nick Carter raping me.”the 39-year-old woman claimed.

“Although I am autistic and living with cerebral palsy, I believe that nothing has affected me more or had a more lasting impact on my life than what Nick Carter did and told me.”

Ruth later alleged, “After he raped me, I remember him calling me a ‘re-ed bitch’ and grabbing me and leaving bruises on my arm.”

The accusations against Nick Carter

Shannon Ruth, now 39, alleged in her Thursday, December 8, court filing that the Backstreet Boys singer, now 42, forcibly raped her after attending a concert in February 2001 in Tacoma, Washington, according to documents obtained by Us. She was 17 years old at the time.

Ruth, who is on the autism spectrum and has cerebral palsy, claimed that Carter invited her to join him on his tour bus as he waited in line for an autograph after the show.

Court documents allege that the Florida native offered Ruth a red-colored drink, which she drank to “not be rude.” The alleged victim also claimed that Carter exposed himself to her and asked her to perform oral sex on him “under duress.” Carter has not publicly addressed the claims.

Ruth, who is also suing the musician for intentionally and negligently causing emotional distress, claimed in her filing Thursday that she was a virgin before her encounter with Carter.