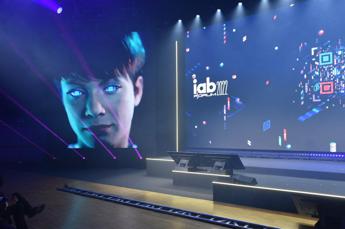 It opens with the presentation of data from the Internet Media Observatory of the Milan Polytechnic the second plenary of Iab Forum 2022, the most important Italian event dedicated to digital now in its twentieth anniversary. Protagonist of today’s morning, the state of health of digital advertising marketbetween numbers, key messages and trends from the voice of the prestigious speakers.


It is Denise Ronconi, Director of the Internet Media Observatory of the Milan Polytechnic who illustrates the data on the sector, “still a preliminary balance awaiting the final rush at the end of the year”, as she herself points out upstream of her speech entitled ” The numbers and dynamics of the Internet advertising market in Italy”.

The first data that emerges from the study is positive: the digital advertising investment market grows by +3% compared to the previous year, an important signal which however hides a strong weakening compared to the surge recorded in 2021. In a context in which the digital advertising market is worth 4.42 billion euros this year (it was 4.28 billion euro in 2021), uncertainty is the most probable cause of the modest growth recorded. “The factors in the field are the external ones of the energy crisis which has led to a change of priorities in the investments of companies, in addition to socio-economic crisis that is manifesting itself in the country” underlines Denise Ronconi. “In 2021, the year of the digital “rebound”, the reaction effect to the lockdown of companies was still strong which, in the forced greater exposure of the audience to digital media in the pandemic two-year period, had seen a great opportunity for visibility and return on investment ” specifies Ronconi.

The growth effect therefore continued in 2022 but at decidedly lower rates. In a general advertising investment market that will probably end 2022 with a negative sign, Internet advertising therefore records a positive, albeit modest, sign and increases its share in the general media mix. What will be the challenge for companies in the sector in 2023? According to Ronconi “that of continuing to remain in a growth area”.

Another figure that emerges from the analysis is that relating to protagonists of digital advertising sales. In 2022, 80% of total Italian online investment was intercepted by large international players – search engines and social networks in primis (it was 71% in 2017). Not a surprise, but a confirmation of a situation now taken for granted. “Big Tech continues to dominate the long-distance digital advertising market from other players that go negative and we expect it will continue to be so in the new year,” comments Noseda.

Moving on to the formats chosen by companies within the media mix in digital advertising in 2022, the largest share rewards Video once again with 34% of the total investment (+5% is the change compared to 2021). Followed by the other Display with a share of 30% (stable compared to 2021), Search (28%, +4%), Classified and eCommerce (7%, +2%) and email (marginal share, +1%). In particular, the trend of Audio is underlined, which records a flattering + 21% compared to the year 2021 thanks to the on demand audio streaming platforms.

An interesting phenomenon to be highlighted according to the Polimi survey is then that of the digitization of classical media or their hybridization. This is the case of digital OOH, a hybrid between classic and digital media, which is growing (+62% compared to 2021) thanks also to an ever-increasing number of installations in urban centres.

The other case concerns TV 2.0, precisely a further hybridization of a traditional medium, which has seen advertising investments more than tripled in the last three years (from 108 million euros in 2020 to 365 million euros in 2022). “The challenge in terms of growth will be to understand how to consider and approach TV 2.0, on the investor side, precisely because of its still unclassified nature” underlines the Director. “It can therefore be said that – he concludes – the classic media players are also trying to exploit the benefits of digital to their advantage, to better respond to the needs of investors and the audience”.