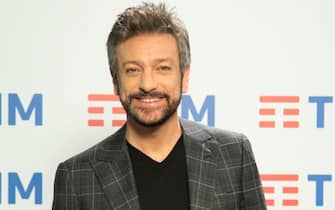 After so many years as an actor, Sergio Assisi he tries his hand behind the camera for the first time. The film It never rains in Naples has grossed around € 243,000 and sees him in the role of the protagonist Barnabas

WATCH THE VIDEO: Sergio Assisi, the best roles he has played

The well-known theatrical actor Ernesto Lama interprets Jacopo, suffering from the abandonment syndrome. In fact, in the film, he is left by his girlfriend right on the altar and, for this reason, he attempts suicide several times

The third protagonist of the film is the actress Valentina Corti that we have seen on the small in the TV series Trilussa – Story of love and poetry And A doctor in the family to name two. In the film it is Soniasuffering from Stendhal’s Syndrome, which takes care of the restoration in a church in Naples

The actress from Portici Nunzia Schiano was recently among the protagonists of Gomorrah 5. Here he interprets Concetta woman

Gomorrah – Final season: the cast of the series. PHOTO

45 artists who have gone from cabaret to cinema. PHOTO

The well-known actor and stand-up comedian Benedetto Casillopaired with Renato Rutigliano in the 70s and 80s in the duo of Sadici Piangenti, in Sergio Assisi’s film he plays Guide

Nephew of Renato Carosone and sister of the writer Delia Morea, Antonella Morea in It doesn’t rain in Naples never plays the mother of Barnaba

We have it in many TV series, such as The Cesaroni or Try it again prof. In It never rains in Naples Luigi Di Fiore it’s a professor