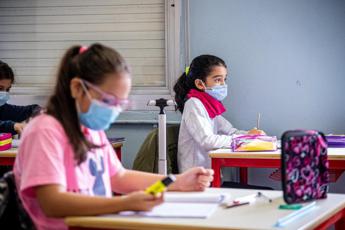 A study coordinated by the Bambino Gesù Hospital in Rome recorded a doubling in females in the 2020 semester. The declining phenomenon would confirm the link with the Covid emergency

Premature or early puberty, especially in girls, with an onset under 8 for girls and under 9 for boys “is a phenomenon that we have been observing for a decade. In the pandemic we have seen a notable increase, with numbers almost doubling in females in our country. But from the very first available data, which however cannot be considered definitive, the peak would seem to decrease “. This was explained to Adnkronos Salute by Carla Bizzarri, pediatrician endocrinologist of the Bambino Gesù di Roma who follows the observational study, directed by Marco Cappa, whose first results, published in 2021, had highlighted the doubling of cases in the semester March-September 2020.


“With the waning of the epidemic – continues Bizzarri – this phenomenon would also seem to diminish, but we are talking about completely preliminary data that we are evaluating now”. According to the researchers, in the first pandemic phase, “stress, isolation, the closure of schools, the sudden change in lifestyle, the increase in sedentary lifestyle, weight, contributed to determining the growth of cases. pandemic and peak of cases could be further confirmed – continues Bizzarri – if the data we are processing show that, when the girls have resumed a normal life (schooling, physical activity, etc.), the phenomenon is attenuated “.

The trend recorded in the last decade in the reduction of the age of puberty “in many studies has been related to various factors. The most numerous works are linked to the epidemic of overweight and obesity”. This condition of precocity represents “a damage basically on two fronts. The first: the acceleration of the speed of bone growth leads to early growth but also to an early welding of the growth plates, therefore basically a short adult stature. secondly, there is the psychological aspect: having a development much earlier than one’s peers can cause the boy or girl to suffer psychological discomfort “. Problems that can occur “in the short and long term”. As for the possible precocity of menopause for those who anticipated puberty, the expert denies: “there have been studies in the past in this direction but these are never confirmed data”. concludes Bizzarri.