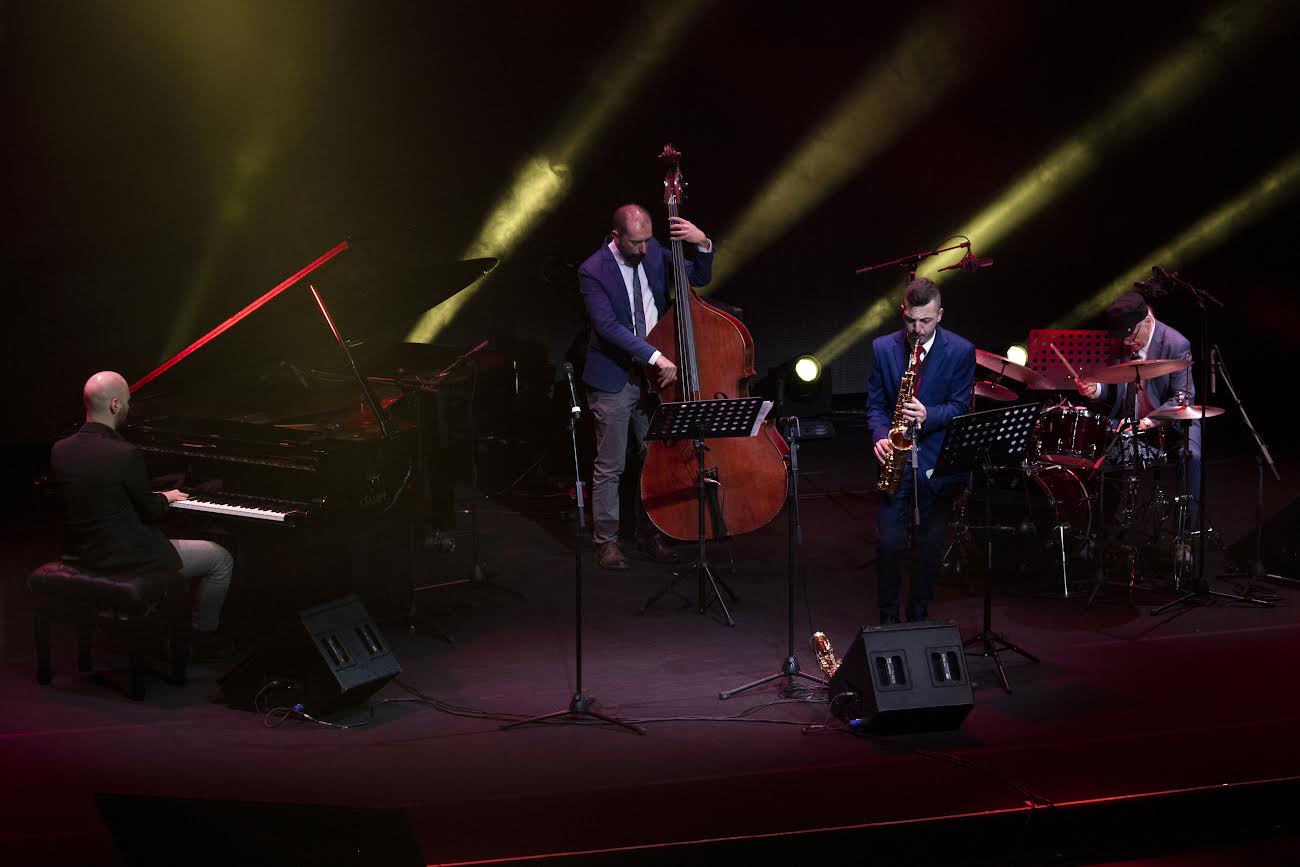 backbone of national and international jazz and the talented guest Lucia Filaci (vocals). This event, for which there is an entrance ticket of 10 euros, will be a live presentation of the new album entitled Ensemble, by Vittorio Cuculo Quartet Meet the Saxophones of the Sabina Philharmonic Foronovana, disc published by Felice Tazzini and Francesco Pierotti’s Wow Records label. Released in

digital and in physical copy Tuesday 18 May 2021, Ensemble represents a passionate and warm hymn to the jazz tradition, an album in which the tracklist consists of nine songs, of which six are famous jazz standards, rearranged, belonging to the history of this musical genre, signed by Charlie Parker,

Errol Garner, Richard Rodgers, Lorenz Hart, Juan Tizol, Duke Ellington, Thelonious Monk, but there is also room for Brava (historic song written by Bruno Canfora and brought to success by the legendary Mina) interpreted by the voice of Lucia Filaci and for two compositions originals signed by the jazz guitarist e arranger Roberto Spadoni, that is Io Non Ridevo and Fuga di Notizie. In Ensemble, in addition (obviously) to the

presence of three shining talents such as Danilo Blaiotta, Enrico Mianulli and Lucia Filaci – and the indispensable pivot of the rhythm section Gegè Munari, the saxophones of the Philharmonic play a very important role Sabina Foronovana who, especially from the point of view of sound, make their significant contribution,

as well as the excellent percussionist Dimitri Fabrizi struggling with the marimba in Misty. Another inestimable added value of the disc is the fundamental contribution of the arrangers Riccardo Nebbiosi, Massimo Valentini, Mario Corvini and Roberto Spadoni, a CD further embellished by the liner notes. signed by three figures of absolute prestige such as Stefano Di Battista, Paolo Fresu and Eugenio Rubei. Vittorio

Cuculo, leader of the formation, declares: “Characterized by a spirit of encounter, Ensemble represents an idea of ​​aggregation between different generations and different experiences, genres and musical styles which are also different, highlighting the dimension of” We “, which is very important in making music, because it unites us, it allows us to be together. And today, as never before, this is of vital importance. Furthermore, since this is my second CD (My first is Between), the work includes an orchestration for wind instruments, so it testifies to the desire to share the recording path with other musicians who play the same instrument. In essence, Ensemble is the idea that the sense of belonging to a larger organism, in this case jazz, must be recovered and reinvigorated, giving it water and lymph, just like a plant, to make it grow beautiful and robust “. The Vittorio Cuculo concert 4et feat. Gegè Munari and guest Lucia Filaci will be a Christmas gift for all lovers of good and true jazz music, with a capital “J”, a live guarantee of show and swing à gogo.