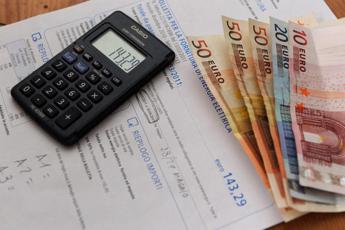 Three billion and eight hundred million to counter the increase in electricity and gas bills. The Minister of Economy, Daniele Franco, during the CDM explained how the resources will be divided against the increases. This is the summary of his speech, Adnkronos learns: 1.8 billion will be allocated to zeroing system charges up to 16.5 kWh of electricity; 600 million for VAT on gas at 5% for everyone; 500 million for the elimination of system charges on gas; 900 million for the cancellation of the increase for domestic customers with 8,264 thousand euros of Isee or large or fragile families.

During the Council of Ministers, Franco would have advanced the hypothesis of paying bills in installments for companies, which are in trouble due to heavy price increases.

DECREE – Meanwhile, the decree law with 3.2 billion of resources necessary for cutting bills and tax relief for the lowest incomes enters the Maneuver. The bill was presented today to the Senate, where the budget bill is being examined by the Budget Committee. And tomorrow the government should present an amendment with the rules contained in the decree, which will enter the 2022 maneuver. Last week the Council of Ministers approved an ad hoc decree, which anticipates some expenses planned for 2022 to 2021, thus freeing the resources for next year.

The accounting intervention represents the solution identified by the executive to find new resources to put into the fund to reduce the costs of electricity and gas, as requested by the majority. The starting budget amounts to 2 billion, which thanks to the law decree doubles (an additional 1.8 billion is expected). And it is also the solution identified to intervene on lower incomes, with a reduction in contributions and a consequent increase in the net salary.

The slow work of the Budget Commission brought the group leader to Palazzo Madama and set a new timetable, which foresees the postponement of the arrival of the budget law in the courtroom on 21 December (instead of 19 December). The new calendar will also force the Chamber to review its commitments, and deputies will almost certainly have to work between Christmas and New Year to dismiss the maneuver by the end of the year.

For the moment, the Senate Budget Committee is proceeding with the skimming of the proposed amendments, while the meetings continue to find a framework on the issues still open. Among the measures that should be ‘borne’ by parliament there is certainly the labor chapter, with interventions that could concern apprenticeships, early pensions and perhaps the reduction of fixed costs. Then we will intervene to extend the sterilization of the tosap (tax on the occupation of public spaces and areas), to allow activities such as bars and restaurants to maintain outdoor tables, which have multiplied due to the covid. Agreement also reached on the earthquake, with the extension of the measures already arranged in the past, for the restructuring of the areas affected by earthquakes.

The government has pledged to increase the resources for the school, which should amount to a maximum of 200 million euros, and will be used for ata staff, psychological support within the institutions, the adjustment of teachers’ remuneration with respect to other sectors of the public administration, which have already had adjustments. On the subject of the superbonus, the whole majority asked the government to loosen the links, starting with the ISEE ceiling at 25,000 euros, but on how we are still discussing. The 110% tax credit is very expensive and the resources available to parliament are limited (around 600 million), so if the executive decides not to intervene, the room for maneuver would be very limited.