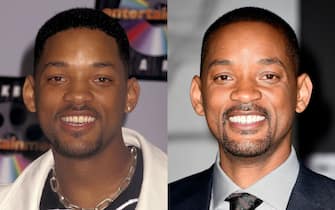 Will Smith: Captain Steven “Steve” Hiller, an F-18 fighter pilot. Independence Day was one of the films that launched Will Smith’s film career.

Independence Day, 25 years ago the premiere in the USA: 10 curiosities about the film. PHOTO

Independence Day – Regeneration: the aliens are back

The best films about Area 51, between aliens and secrets

Mary McDonnell: First Lady Marylin Whitmore. The actress, after co-starring for two seasons on the hit television series The Closer, has become the sole star of the spin-off Major Crimes, where she plays Captain Sharon Raydor.

Will Smith Reveals His Best and Worst Films: The Ranking

Robert Loggia: General William Gray. The actor passed away in 2015.

Behind the scenes, 30 scenes that we would not have seen without special effects

From Harry Potter to The Lord of the Rings: anniversaries that make us old

James Rebhorn: Defense Secretary Albert Nimzicky. The actor passed away in 2014 at the age of 65.

Harvey Fierstein: Marty Gilbert. Actor, screenwriter, singer and playwright. He is best known for the play Torch Song Trilogy, from which the film Friends, accomplices, lovers was based, of which he is the author and in which he had a leading role.