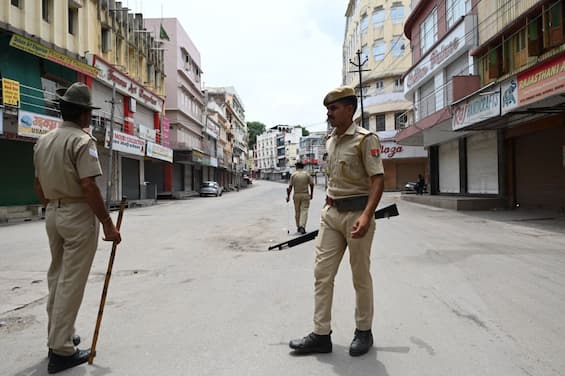 Four Italian writers were arrested on Sunday in India after drawing graffiti on two subway carriages in Ahmedabad, in the western state of Gujarat. This was reported by the local media, which identify the young people as Gianluca Cudini, 24 years old from Teramo, Sacha Baldo, 29 years old from Monte San Vito (Ancona), Daniele Stranieri, 21 years old from Spoltore (Pescara), and Paolo Capecci, 27 years old from Grottammare (Ascoli Piceno). The boys, who would have been recognized thanks to surveillance cameras, are accused of vandalism for having entered a prohibited area and having damaged public property for a value of around 600 euros. They defend themselves: “It was just a game”, but in the meantime a first trial would have been opened. Family members: “Reassurance received on treatment”.

The writers are in India on a one-month tourist visa and arrived in the country from Dubai last Wednesday. According to the local authorities’ accusations, they broke into a restricted access area and drew graffiti on two carriages of the city subway. To aggravate their position, also the fact that the alleged crimes were committed on Saturday night, that is, a few hours before the inauguration of a new branch of the underground line by Indian Prime Minister Narendra Modi. Police told the media that numerous spray cans of various colors were found in the apartment rented by the group, and where the young people were tracked down by officers. Three of the four also have police records for property offenses.

According to what an agent told the media, the writers claim to have drawn the murals “for fun” and that the word “Tas”, found on one of the carriages, simply means “tagliatelle with sauce”. In fact, it seems that their position was aggravated by the interpretation given by the authorities to some of the words depicted, such as “Burn” or “Pla”, which would have been deemed subversive. Most likely the four will be transferred to Mumbai where, according to what was documented by the subway security cameras, they had tried to perform similar gestures, without success.

The family of one of the four young people, Sacha Baldo, said they were in constant contact with local authorities. Speaking for them was the mayor of Monte San Vito: “We have been given reassurances on the treatment reserved for children,” he said. Then he added: “A trial is underway whose outcome is unknown. If I understand, there are two disputed episodes and therefore there should be another trial later.”