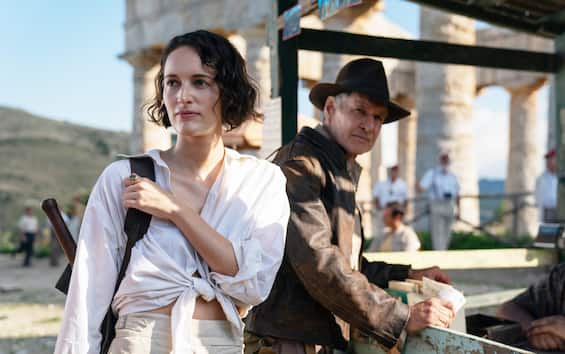 Directing the next Indiana Jones 5: The Wheel of Destiny there is James Mangold. A short time ago we saw the first trailer of the film with images that promise a new thrilling adventure with Harrison Ford as the role that made him famous alongside Han Solo of Star Wars. Alongside her also Phoebe Waller-Bridge, Mads Mikkelsen, Antonio Banderas. The rumors on the web about the film are increasingly numerous and the director had to disprove on social networks the idea of ​​a alternate ending from Indiana Jones 5.

“We are not filming and we never shot different scenes or alternate endings of Indiana Jones 5” Mangold wrote on his Twitter profile, adding: “Our film is 99% finished, it is nearing completion. Happy holiday”. Some followers, however, they don’t seem to believe to his words based on the fact that all Disney films shoot alternate scenes, but Mangold denied with class and respect by responding to the various comments to the contrary. After the launch of the trailer rumors about the film have increased, and some have even claimed that the character of Phoebe Waller-Bridge was in the foreground replacing Indy, but that is not the case according to the creative team and production.

Father and daughter against the Nazis

Mangold, irritated a little from these continuous observations, he invited followers to look at the photos taken on the set and the various interviews given by him and the cast to get more realistic and well-founded information, leaving aside various hypotheses on the plot. “Trolls circulate controversial hypotheses as if they were statements from authoritative sources just to get clicks. Leave them alone” said the director. The actress of Fleabag plays Helena in Indiana Jones 5, the goddaughter of the iconic adventurer and the two face the new story together. “I think what we’re trying to do is balance an accurate and realistic assessment of where this character would be at this point in his life, and doing it honestly, and at the same time, trying to make a wonderful adventure with action, escape and walkthrough. ingenious to diabolical problems. This is a movie by Indiana JonesMangold concluded.