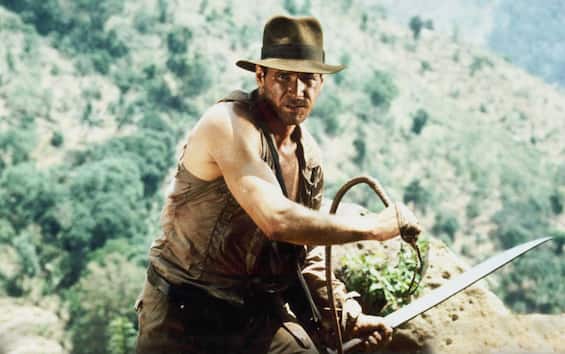 During a mad chase Indiana Jones he leaps between tuk-tuks, then runs on the back of a moving train, finally chasing an airplane in the rain on a speeding motorcycle. “Those days are over”, bitterly comments the heroic archaeologist, now stuck in a regular life as a teacher. The adventures of the past, however, will explode again, as the trailer from Indiana Jones and the Dial of Destinythe fifth episode of the saga starring Harrison Ford outgoing in 2023. The actor, 80 years old, rejuvenated for a few scenes by anti-aging software, last September he declared at the Disney convention that this will be his last appearance as Indy: “We have a truly human story to tell, as well as a film that will rock”.

The fifth episode of the saga is set in the sixties during the Space race between the United States and the Soviet Union. “I don’t believe in magic, but a few times in my life I’ve seen things. Things I can’t explain, ”says Indiana Jones as his antagonists appear on the scene, played by Mads Mikkelsen And Antonio Banderasand goddaughter Helena, played by Phoebe Waller-Bridge and defined by John Williams, composer of the famous soundtrack, “an adventuress, and also a femme fatale”. The cast also includes Shaunette Renée Wilson, Toby Jones, Boyd Holbrook, Thomas Kretschmann and the veteran of the saga John Rhys-Davies as Sallah, who last appeared in the 1989 episode Indiana Jones and the Last Crusade, whose words open the trailer of the new adventure: “I miss the desert. I miss the sea. I miss waking up in the morning imagining what new adventure the new day will bring.”

The roles of screenwriter and director, in previous films held by George Lucas And Steven Spielbergare now in the hands of James Mangoldformer director, among others, of films Logan And Ford v. Ferrari. Spielberg, who directed the previous four installments of the Indiana Jones saga (Raiders of the Lost Ark In 1981, The Cursed Temple in 1984, The Last Crusade in 1989 and The realm of the crystal skull in 2008), now shares the role of executive producer with Lucas.

The iconic Indiana Jones soundtrack, composed by John Williams, accompanies the animated trailer until the final scenes, when the archaeologist dodges a speeding train on horseback and swings his whip at his enemies. Williams, 90, has confirmed this will be his last film. “At the moment I am working on Indiana Jones 5which Harrison Ford – who is a little younger than me – I think has announced will be his last film,” he told theAssociated Press last June. “So, I thought, if Harrison can do it, then maybe I can too.”