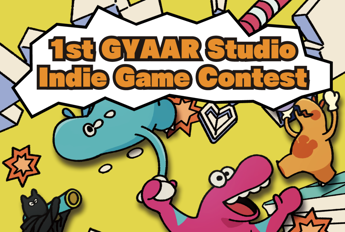 Bandai Namco Entertainment and Bandai Namco Studios have announced the first ever GYAAR Studio Indie Game Contest. Organized by Bandai Namco Studios’ independent games label, GYAAR Studio, the contest is aimed at indie game creators outside the company. GYAAR Studio was born in 2021 as an independent video game label to incentivize the authors of Bandai Namco Studios’ main global titles, allowing young talents to freely and directly express their creative ideas. The contest intends to extend the initiative beyond the company’s employees to enable a wider range of creative talent to receive proactive support to bring their creations to life. By ensuring adequate support to develop a wide variety of new games, the contest intends to further stimulate the gaming market, Bandai says.


Among all the proposals received, including those already under development, the contest will select (at least) one Platinum Award winner and seven other winners, with a total prize pool of up to 100 million yen (almost 700,000 euros) as funding . In addition to this, developer Bandai Namco Studios will also offer direct development support as well as an aid program that includes access to the game development center “GYAAR Studio Base” in the Bandai Namco Studios office, as well as editorial support and support for IP co-creation.