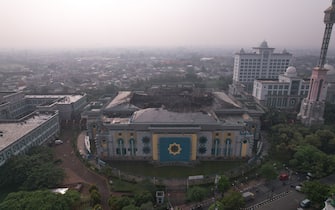 A huge fire brought down the dome of one of the largest Indonesian mosquesto Jakarta. As he writes The Times of Indiaquoting Gulf Todaythe accident occurred in the context of restoration work that were affecting the building. There are no injuries

WATCH THE VIDEO: Indonesia, fire in the mosque in Jakarta

The exact causes of what happened are not yet known and the police are investigating. Several videos shared on social media show the moment of the collapse, with the dome of the mosque engulfed in flames

L’last fire that had affected the dome of the mosque, he writes Gulf Todayhad happened 20 years agoalways during some restoration interventions

In the photo, another image of the structure on fire

Afghanistan, explosion in a mosque in Kabul: dead and wounded