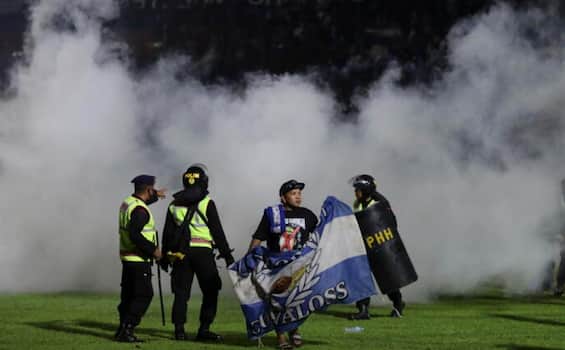 Many of the victims – at the moment there are 129 – of the field invasion that turned into tragedy in Malang, in the province of East Java, in Indonesia, have been trampled to death in the crowd. Madness exploded at the end of the match when thousands of Arema Fc fans entered the pitch at the Kanjuruhan stadium. They were infuriated by the 3-2 defeat they suffered against long-time rivals Persebaya Surabaya, a team with which they had not lost for more than twenty years. At that point the police officers intervened and tried to calm the spirits, without success.

Chaos broke out when the tear gas was launched, followed by panic and a general stampede. According to a hospital source, among the 129 victims there is also a five-year-old child. Images from inside the stadium show the police throwing large numbers of tear gas and fans climbing over the fences to get to safety. The stadium has a capacity of 42 thousand spectators and according to the data of the authorities it was completely sold-out. Only 3,000, however, the police explained, made an invasion of the field. Many cars, including a police truck, were set on fire outside the sports facility. According to data provided by law enforcement, 13 vehicles were damaged in total. The Indonesian government apologized for the incident and promised to investigate the matter. President Joko Widodo has ordered a safety investigation during football matches. The Minister of Sports, the police and the head of the Indonesian Football Association will have to conduct “a full evaluation of the football matches and security procedures,” the head of state said in a televised speech.