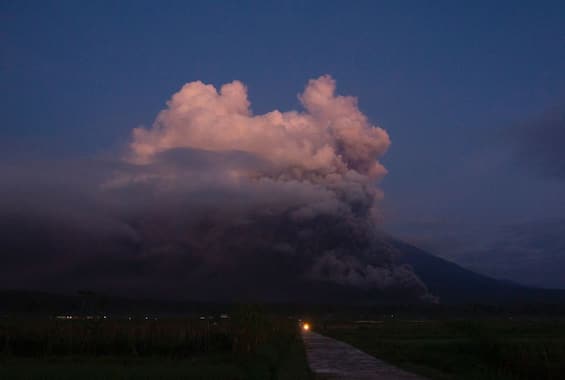 Indonesian authorities have raised the alert on Semeru volcano on the Indonesian island of Java where volcano Mount Semeru has erupted, with ash clouds reaching nearly two kilometers into the atmosphere, prompting a tsunami warning in Japan.

The Center for Volcanology and Geological Disaster Mitigation has “raised the endangered status of Mount Semeru from level three to level four (the highest level).” “This means that the population is under threat and that the volcano’s activity has intensified,” Center spokesman Hendra Gunawan told Kompas TV.

The island also affected by the earthquake

With its 142 volcanoes, Indonesia has the world’s largest population living in close proximity to a volcano, with 8.6 million of them within 10 km. The deadly late November earthquake that hit West Java’s Cianjur was a magnitude 5.6 surface earthquake. A much deeper earthquake on Saturday in Gurat measuring 6.1 caused people to flee buildings but caused no major damage.