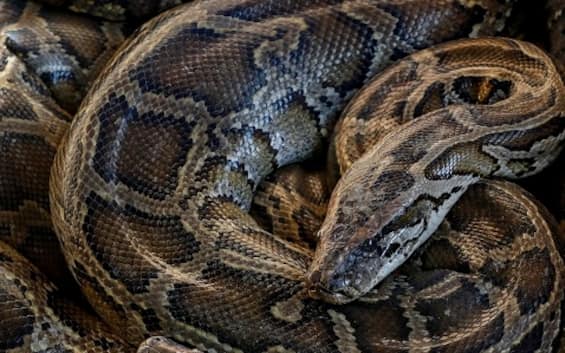 Horror in Indonesia. Jahrah, a fifty-year-old woman, was devoured by a nearly seven-meter-long python on what must have been a quiet day of work in the rubber fields. It happened on Sunday in the province of Jambi, Indonesia. This was reported by various local media (including CNN Indonesia), also covered by the BBC.

The woman’s husband had sounded the alarm on Sunday evening. Jahrah, a 54-year-old mother and grandmother, had not returned home. Her personal effects had been found near the workplace: a veil, a knife, some abandoned sandals. The searches continued on Monday morning and involved the entire community. Suspicious of the anomalous swelling of a python that wandered in the surrounding areas, the villagers decided to kill him to understand what he had swallowed. The animal was then quartered: the macabre discovery in its stomach. The victim was Jahrah himself. Although this fact is exceptional, it is not the first time that similar cases have been recorded in Indonesia, where these snakes are quite widespread. The latest fatal accidents date back to 2017 and 2018.

According to local media reports from the Betara Police Chief, the woman’s body was found intact inside the python’s stomach. She was swallowed in one gulp by the snake. As is known, these animals do not chew their prey, which is digested whole directly in the stomach after being suffocated. This is possible thanks to particularly flexible jaws.

As expert Mary-Ruth Low of Singapore’s Wildlife Reserves explained to the BBC, the python diet is mostly made up of rats, but when the animal reaches a size as large as the one the 50-year-old came across, which measured at least 5 meters, they tend to look for larger prey to satisfy a more important caloric requirement. Pigs, cows, and even humans become the favorite foods of XXL pythons.