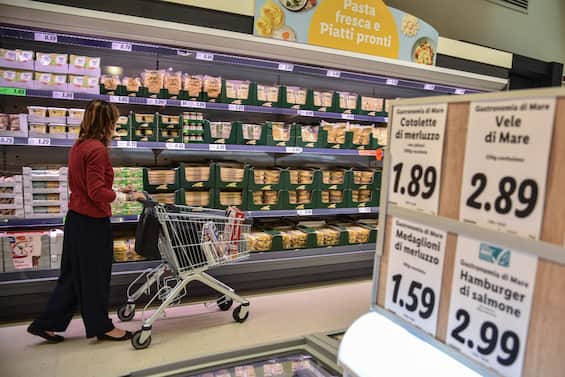 Prices continue to raise. Energy is driving the increases, but there are not only bills and fuel. It costs more to shop at the supermarket and almost all the goods bought by families. That this year they will spend over 2 thousand euros more

We have not seen such a high cost of living in Italy for 36 years. We have been aware of this for some time: when the bill for electricity and gas arrives, when you fill up at the gas station, at the supermarket or when booking a holiday. And Istat certifies that the price rush accelerates: in June inflation reaches 8 percent, with a monthly rise of 1.2.

Energy is always driving the price increases: extraordinary costs for raw materials, those used to turn on light bulbs and run factories, which began with the pandemic and continued with the war in Ukraine. The bill arrives on bills, on fuels but also on the so-called shopping cart, that is the most purchased goods (from food to detergents), which has risen as it had not happened since January 1986 (to 8.3%).

The high cost of living thus continues to gnaw on purchasing power: the salary remains the same but with that money you can buy fewer things. With an additional outlay, according to consumer associations’ estimates, of over 2,600 euros a year for a couple with two children. All this despite the checks issued by the government, most recently the three billion to extend the discounts on bills until September, which are added to the 30 billion for families and businesses allocated in the last year. On the agenda of Palazzo Chigi there are other measures to stem the high cost of living and also an intervention on the taxes that weigh on work.

Price increases in the rest of Europe as well

On a continental level, the European Central Bank is expected to raise interest rates (now at zero), in the hope that it will be able to curb the price rush. Even in the rest of the Eurozone, inflation is biting: in Germany it is higher than ours (8.2%), in France it remains lower (6.5%) but in several countries, including Spain and Greece, it is double figure.