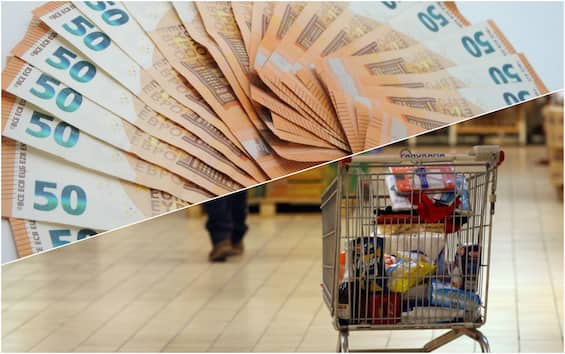 According to an ECB study based on the Consumers Expectations Survey, the gap between income groups had not reached similar levels since 2006. Also on the rise “the number of families who expect to have to pay their bills late”

It was since 2006 that the gap between income groups had not reached similar levels. High inflation concentrated on energy and food in Europe is causing a rift between income classes, with a differential between the poorest and the most affluent being at the highest in 16 years. An ECB study based on the Consumers Expectations Survey also highlights “the rise in the number of families who expect to have to pay their bills late”. Faced with the same rise in energy expenditure, moreover, “the reduction in savings in households in the lowest income quintile is more than five to six times that of households in the top quintile”.

In addition, European households have drastically reduced their income growth expectations over the next 12 months, despite spending forecasts that have remained unchanged. The November ‘Consumers’ Expectations Survey’ explains that “households expect nominal income growth to be 0.6% over the next 12 months, up from 1% in August”, with a more marked decline in the range of age 55-70 and on average incomes. “Expectations for growth in nominal spending remain unchanged at 4.5%”, but lower for the youth group (18-34 years).