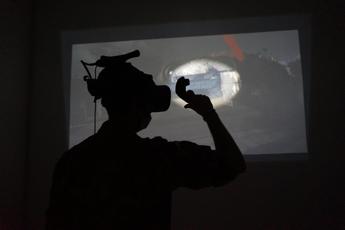 Organized by the Born Center of Excellence for Modeling and Simulation

Three hundred participants from the military, industrial and governmental world, 35 nations, 16 exhibitors, 76 working groups and 12 sponsors. These are the numbers of the 17th NATO Forum on Computer Aided Analysis, Exercise, Experimentation, in short CA2X2, sponsored by the Strategic Command for Transformation of NATO in Norfolk and organized by the NATO Center of Excellence for ‘Modeling and Simulation’.


The NATO CA2X2, which has just ended in Rome, is an innovative forum that brings together the world of university, industry and the Armed Forces around the theme of “Modeling and Simulation” (M&S), with interesting demonstrations and presentations on latest technology trends. The theme of this latest edition was “Nato’s Digital Transformation, now and beyond”. Among the numerous issues addressed, the support of M&S in the planning and conduct phase of military operations through specific applications, platforms and tools in favor of: education and training; operational readiness; experimentation; lessons learned and effects of the pandemic.

Among the specific topics addressed in the current edition, wargaming in digital mode, retrain warfighting functions through live simulations and decision support through the use of simulation systems and models that implement the Common operating picture (Cop) of commanders / decision makers from the level tactical to strategic. In particular, Unreal Engine actively contributes as main sponsor during the entire event.

The head of the Defense Innovation General Office Rear Admiral Gaetano Virgilio, representative of the host nation, opened the proceedings with a greeting address. Guests included Brigadier General Didier Polome and Brigadier General Moschos Voudouris from the Strategic NATO Transformation Command in Norfolk, Colonel Jan Mazal for the Czech Republic, Herbert Klopp-Schulze for Germany and Thomas C. Irwin for United States. Among the moderators, Agostino Bruzzone, professor of the University of Genoa and Sebastien Lozè, manager of Unreal Engine.

The director of the Center Colonel Francesco Pacillo of the Italian Army declared: “After the last two editions in virtual mode, finally this year we have returned to presence; this is the strong point of this Forum characterized by an international and inter-agency audience in the ‘Modeling & Simulation’ world. On the occasion of the closing of the celebrations for the tenth anniversary of the establishment of our Center of Excellence, the CA2X2 Forum represents a necessary moment of encounter and innovation for the operational, scientific and industrial realities of the community of interest “.

“As a Center of Excellence accredited by NATO, the focus is on supporting the Alliance and the participating Nations, through expertise, tools, training and training – he continued – In recent days, new perspectives have opened with various NATO actors and we discussed effective solutions “.

“Among the various objectives of this edition, that of promoting the exchange of information and lessons learned between the NATO Commands and the national training and simulation centers – underlined Pacillo – The Cax Forum continues to play a fundamental role from this point of view. sight. ”The next edition of the NATO Cax Forum will be held in the fall of 2023.

NATO M&S Coe is dedicated to promoting M&S in support of operational requirements, training and interoperability. The Center, at the “Adriano De Cicco” barracks in Cecchignola headquarters of the VI Department of Defense Staff, acts as a catalyst for transformation through the involvement of NATO, governments, universities, industry, operational and training entities, improving the connection in NATO and nationally owned M&S systems network, cooperation between nations and organizations by sharing M&S information and developments, and serves as an international source of expertise for transformation in the relevant domain.