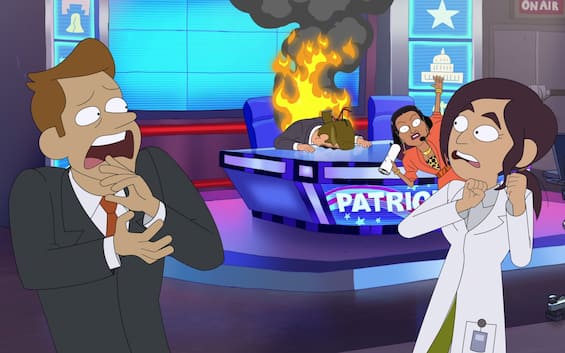 About. The second season of Inside Job, a Netflix animated series also visible on Sky Q and via the app on the NOW Smart Stick, will not be there. The cancellation was announced by showrunner Shion Takeuchi after the streaming platform itself initially said it would continue the series. The fans who remained stuck at the cliffhanger with which part 2 of the first season ended, distributed in November 2022, will therefore remain dry.

The words of the showrunner

With a broken heart, I can confirm that Netflix has decided to cancel the second season of Inside Job – wrote the screenwriter – Over the years, these characters have become real people to me, and I’m devastated that I can’t see them grow. Reagan and Brett deserved to have an ending to finally achieve happiness. And I wish I could share with you what I have in store for them. To everyone who watched, thank you for taking us along on the journey. Even if I’m sad, it helps to know that someone out there cares as much as I do.”

THE OFFICIAL SYNOPSIS OF INSIDE JOB

Inside Job is an animated comedy for adults about the shadow government and a dysfunctional team whose day-to-day job is to manage global conspiracies. From complex cover-ups to secret societies to the bon ton of masquerade orgies, navigating the corporate culture at Cognito Inc. can be challenging, especially for antisocial computer whiz Reagan Ridley. Even though she works in a place full of shapeshifting reptiles and psychic mushrooms, she is considered weird for her belief that the world could be better. Reagan thinks he can make a difference, but she’ll have to rein in her deranged poster-making father, her irresponsible colleagues, and finally secure her long-dreamed-of promotion.