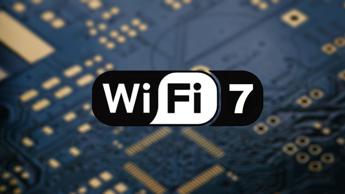 Qualcomm, Broadcom and MediaTek are already developing their products based on the new technology

Intel will soon introduce the Wi-Fi 7 protocol (802.11b) to the market, which will allow twice the speed of connection to the network compared to the previous generation, Wi-Fi 6E (802.11ax). The first computer models to introduce such a wireless card will hit the market in late 2024, with a global launch on multiple models in 2025. Eric McLaughlin, vice president of Intel’s Wireless solutions division, explains: “Wi-Fi 7 doubles the bandwidth of Wi-Fi 6, from 170 MHz to 320, which results in blazing speed. And by the time the first computers with Wi-Fi 7 are available on the market, we may be able to further increase the speed that can be reached with the technology in question ”. Intel also predicts that Wi-Fi 7 applications will have a big impact on triple A video games, virtual reality, augmented reality and robotics. Qualcomm, Broadcom and MediaTek are already developing their Wi-Fi 7-based products, and Intel plans to partner with other brands by providing them with the ability to integrate the technology into their new devices. Technology that is constantly growing: the last generation, Wi-Fi 6E, was introduced in 2020, while Wi-Fi 6 was launched in 2018.