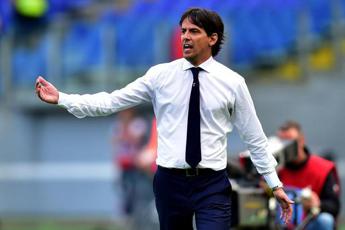 The Nerazzurri coach: “We are protagonists in the league and in the Champions League”


“
We know it will be very important, as it was with Milan. Best offense and best defense face each other

,
it will be a match where courage and motivation will make the difference. “
Inter coach Simone Inzaghi said it on the eve of the big match with Napoli which will arrive at San Siro tomorrow. “I think it will be very important, we have made an excellent path. We are protagonists in the league and in the Champions League. In Serie A we have two points less than last year, we have played more away and we know how much help it gives you to play in front of your fans. Milan and Napoli are keeping a great pace, we know that against Atalanta, Juventus and Milan as they went we would have deserved more, but we have to do something more in the direct clashes starting from tomorrow “.

“Spalletti we know that he has always done well, it is an added value. Napoli are an excellent team, the club has retained the best players who could change teams. He is going very well and Spalletti is continuing the work of Gattuso who had done excellent things, “added Inzaghi. According to the Nerazzurri coach, now.”episodes must be addressed in the best possible way. In terms of numbers and statistics, we are in a very good situation. In direct clashes we would have deserved more but there has always been a penalty given or not given, or wrong. We have to give more but I’m proud of the guys who are giving me so much. I am proud of the choice to come to Inter, I knew that after the losses on the market it would be a year of transition and instead we are competitive in everything. I have the club always by my side and we have fans who are the extra man for us. “

Inter will face the challenge with several absentees. “Before the national teams we were full, now we had some problems with Dzeko and Bastoni, we lost De VRij and Sanchez. My focus is on Napoli knowing that there is another important match on Wednesday. We have some defections, we’ll see what to do between today and tomorrow. “Inzaghi sui refereeing errors is not unbalanced: “we must not complain because we are lucky, I have been playing in Europe for many years. We are wrong, they are wrong. Also at the end of the game on Sunday I congratulated the trio because there was a derby with only one yellow card. The referee was very good, we’re lucky. “