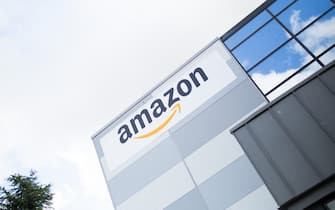 THE five tech giantsFacebook, Amazon, Apple, Netflix and Google are able to consume more power of entire countries, like all of the Portugal and Greece

To reveal it is the observatory Esg Karma Metrix of AvantGrade.com, which analyzed the sustainability reports of the five Big Techs listed on Nasdaq, so-called “Faang”through an algorithm created ad hoc to measure environmental impact of websites

From the Walkman to the iPod, here are the “disappeared” technological gadgets

In three years companies have almost energy consumption tripled (+ 198%) and increased the Co2 emissions, while in a year they consumed 49.7 million megawatt hours (MWh)

Unicef: most rich countries are creating dangerous conditions for children

According to the Global Carbon Project, if the Internet were a nation it would be the fourth most polluting in the world

Amazon is the most pollutingwith 60.6 million tons of Co2 emitted in 2020. This is because “unlike the others, it has a stronger component logisticsas well as informatics“, explains the study

According to data from sustainability reports published since 2018, they are improving Apple and Googlewhich reduced emissions (respectively by 10% and 24% in the three years), thanks to the greater weight of renewable energy sources and the active search for energy efficiency in their data centers

Also Facebook “declares to have reached, in 2020, 100% renewable energy sources. However, there are data centers”, including the two centers, in Kuna (USA) and Spain, which the Zuckerberg-based company has in its pipeline