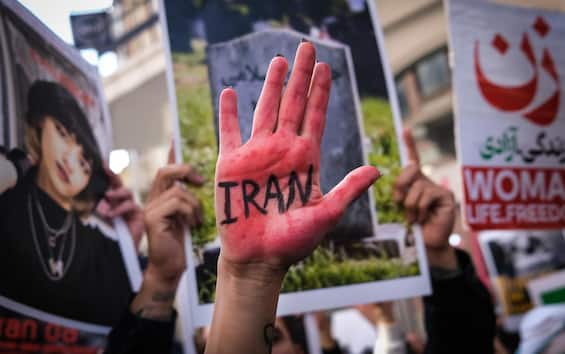 Forty foreign nationals have ended up in prison for having participated in the riots that broke out in Iran after the death of Mahsa Amini, the girl arrested on 13 September for not wearing the Islamic veil correctly. This was reported by the Reuters website quoting the spokesman for the Iranian judiciary Masoud Setayeshi who speaks of the arrest “so far” of 40 foreigners “for their involvement in the protests” without revealing their nationality. Three months ago, in September, Tehran put 9 Europeans behind bars.

They will be judged according to Islamic law

The forty foreigners arrested in Iran accused of having participated in the riots “will be judged according to Islamic law” added the spokesman for the judiciary Massoud Setayeshi. Then he recalled that two French citizens accused of collusion against national security and espionage are still in custody “and their case is in the final phase of the decision” added Setaveshi. At least 57 “agitators” were arrested on suspicion of organizing riots in the city of Izeh. “So far, 1,118 indictments have been issued for the rioters, while 2,432 protesters have been acquitted,” concluded the spokesman.