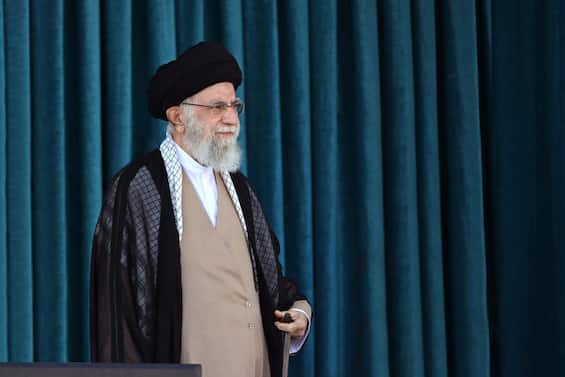 The recent “riots” in the country against Mahsa Amini’s death were “conceived and planned by the United States, the false and usurper Zionist regime and their followers”. This was stated by Iranian leader Ali Khamenei in his first reaction to protests across the country after the death of the young Iranian.

Khamenei: those who participate in riots must be tried

“During the ongoing riots, the police and the Basij (mobilization) forces and the nation were oppressed,” said the leader, adding: “We are also sorry for Amini’s death, but the reaction and unrest in the streets did not they were normal. The enemies abused the issue to create insecurity in the country with the help of some Iranian traitors abroad. ” Deploring international support for the protests, Khamenei added: “The President of the United States and other American authorities and their mercenary states in the region, including Saudi Arabia, and their affiliated media have supported the rioters, and in a move without previous Americans said they will provide soft and hardware facilities for Iranians’ Internet access. ” “So every wise person knows that foreign hands are behind accidents.”

Some people participating in the ongoing riots over Mahsa Amini’s death are members of the Mojahedin-e-Khalq Organization group – Mko, believed to be terrorist by Tehran – as well as separatists, monarchists and members of the secret service family of the ousted Shah. Iranian leader Ali Khamenei said today, quoted by state television. The judiciary should try them, compatibly with their role in the street riots, Khamenei stressed, stating that “among the small number of rioters, there are also young people … They should be punished so that they make themselves aware of the facts”. “Those who supported the protesters in the beginning should compensate for their actions and explicitly announce their opposition to the plots of foreign enemies,” he concluded.