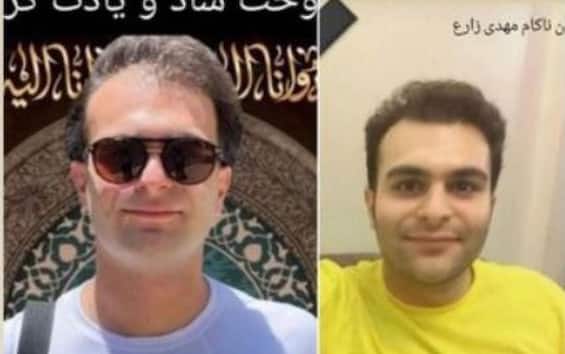 A man in his early thirties, Mehdi Zare Ashkzari, died in Iran after twenty days in a coma following torture: Riccardo Noury, spokesman for Amnesty International Italy, told Editoriale Domani. In the past he had studied Pharmacy in Bologna, where he also worked in a pizzeria to support himself during his studies. The young man was allegedly tortured “so much, to the point that after 20 days in a coma he died”, according to what Noury ​​was told by sources in Iran. The young man was allegedly released after the beatings to avoid feeling bad while in his cell, but immediately later he went into a coma.

The deputy mayor of Bologna Emily Clancy intervened on the case, on the stage in Piazza Nettuno for the peace march: “From Bologna we send a very strong thought to the family of Mehdi Zare Ashkzari, tortured and died in Iran after 20 days in a coma. To all that population fighting for that freedom of women and men in Iran. We send a big hug of brotherhood and sisterhood to the Iranian community that I see here.”

“We learned with pain and deep shock from Amnesty International that one of our Iranian students, Mehdi Zare Ashkzari, who had studied pharmacy in Bologna, died as a result of torture in Iran. It seems he went to visit his dying mother. We express all our indignation, bewilderment and pain with him and for all the Iranian students who lost their lives for everyone’s freedom. The university and the city of Bologna will continue to ask for justice and the intervention of the institutions”, said the Professor Rita Monticelli, speaking at the peace march underway in Bologna Monticelli is the coordinator of the Master Gemma, attended by Patrick Zaki and the mayor’s delegate for human rights and interreligious and intercultural dialogue.

Zaki: “Unibo has a new victim of freedom of expression”

“The new year starts with this news to give us an alert on human rights violations occurring in the Swana region and particularly in Iran. Unibo now has a new victim of freedom of expression. Sadly, this time, it was too late for All my condolences to his family and to us for this great loss”, said Patrick Zaki, the Egyptian student of Unibo arrested in his homeland on 7 February 2020 until 8 December 2021 and still on trial for crimes of opinion , commenting on the news of the death of Mehdi Zare Ashkzari, a former student of the University of Bologna who in 2015 enrolled in pharmacy at the Alma Mater and then returned to Iran two years ago.