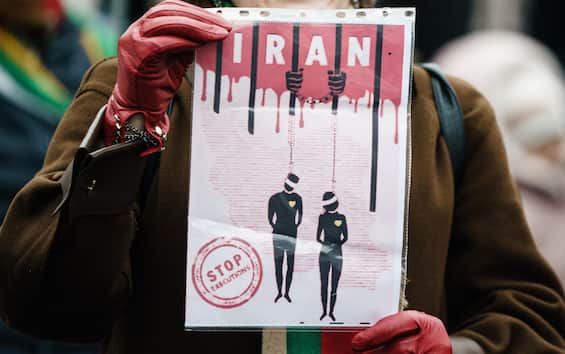 Executions were not enough Mohsen Shekari And Majidreza Rahnavard, the two 23-year-olds, executed respectively on 8 and 12 December, on charges of “enmity against God”. Not even the promises to the Court not to carry them out anymore were not enough, because eleven other people ended up on death row. Eleven according to what was declared by the Iranian Judiciary, at least a dozen more than those counted by activists.

For almost three months now, the country has not had peace. Since 16 September, when protests broke out following the killing of Mahsa Amini, there have been deaths and arrests.

The case of Amir Nasr – Azadani

Among those sentenced to death there is also Amir Nasr – Azadani, a 26-year-old former footballer, who played in the top Iranian category (Rah – Ahan, Tractor and Gol – and Rayhan, the teams in which he played). He was arrested and sentenced to the death penalty for supporting protests for women in his country.

The arrests don’t stop either. According to reports, the courts of the province of Tehran have sentenced more than 400 people. Ali Alghasi-Mehr, head of the Iranian judiciary, said 160 people were sentenced to between five and ten years in prison, 80 to between two and five years and another 160 to up to two years. Furthermore, about 70 journalists have been arrested since the beginning of the protests and at least 35 are still detained according to reports by Iran International.