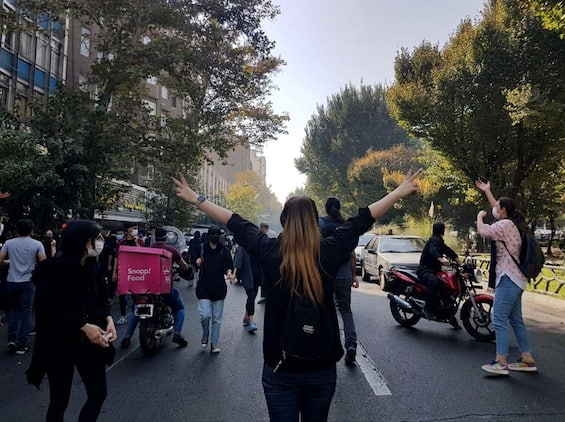 Iranian security forces shot women at close range during anti-regime demonstrations, hitting them in the face, eyes, chest and genitals, according to doctors and health professionals interviewed by the Guardian across the country. The doctors, who treat the wounded secretly to avoid arrest, said they have noticed that the women often arrive with different wounds than the men, shot with shotgun pellets in the legs, buttocks and back.

Interviewed health workers provided the Guardian with photos of devastating injuries all over the protesters’ bodies and stressed that blows to the eyes of women, men and children are particularly common. A doctor from the central province of Isfahan said he believed the authorities were targeting men and women in different ways “because they wanted to destroy the beauty of these women”: “I treated a woman in her 20s, who was shot in the genitals from two bullets. Another ten pellets were in her inner thigh. These 10 pellets were easily removed, but those two pellets were a challenge, because they were wedged between her urethra and vaginal opening,” she said. Traumatized by the experience, the doctor, who spoke on condition of anonymity like all those interviewed for fear of reprisals, said he had difficulty coping with the stress and pain he witnessed. “She could have been my daughter,” he said.