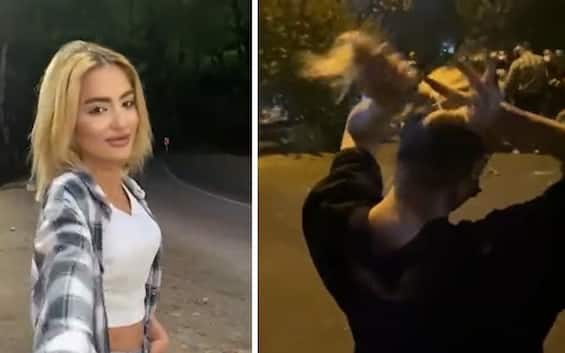 Hadith Najafi, the activist symbol of the protests in Iran after the killing of Mahsa Amini, died in Karaj. The news comes from sources linked to other local activists and journalists, in particular from the Iranian reporter Masih Alinejad on her Twitter profile. “Her sister of hers – writes Alinejad – told me that she was only 20 years old and was killed by 6 bullets in the city of Karaj”. On her social media, the video in which Hadith tied her hair before a protest, without using a veil, had gone viral.

Hadis Najafi was 20 years old. She had taken to the streets like thousands of other Iranian girls and women to protest against the death of Mahsa Amini, she, 22, who died after being arrested by the moral police in Tehran: she was accused of wearing the Islamic veil badly.

According to the account of the activists demonstrating against the Iranian regime, the police decided to use a hard line to quell the protests and fired at the protesters. Hadis Najafi would have died of just six gunshots. On her social media, her sister reported that the young woman was hit in the head, neck, chest and abdomen. She is making the rounds of social networks again the video-symbol of Hadis Najafi, in which the young woman collects her blond hair with an elastic, ready to demonstrate against the regime.