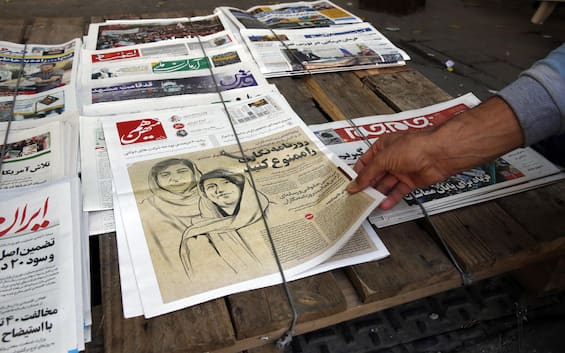 In Iran the protests do not stop and the convictions and arrests by the Iranian police continue. In a statement, the country’s Revolutionary Guards announced that they had arrested some members of Western media who had taken videos and images of “different situations” in Iran and had sent them to their editorial offices. The arrested people, who are in Pardis, a city east of Tehran, had the financial and intelligence backing of Western media, the statement said, quoted by the IRNA. The accusation is that, during the protests that have been going on for three months in the country, he sent images and videos, including on social media and to Persian-language dissident TVs abroad.

Iran on Reporters Without Borders “blacklist”.

After the protests and related arrests in 2022, Iran entered the rankings

of the countries with the most journalists in prison compiled by Reporters Without Borders. According to the NGO’s annual report, the number of journalists imprisoned in the world has reached a new record: they are 533, about 40 more than last year (488). More than half of the journalists detained worldwide as of 1 December 2022 are in five countries: China (110), Burma (62), Iran (47), Vietnam (39) and Belarus (31). Iran, underlines the Paris-based NGO, is the only country that until last year was not part of this “black list”. The Islamic Republic has in fact imprisoned an “unprecedented” number of media professionals in the 20 years since the protest movement that erupted in September. Thirty-four new journalists joined the 13 who had already been held in prison before the protests began. “Dictatorial and authoritarian regimes are filling their prisons faster by imprisoning journalists”, denounced Christophe Deloire, general secretary of the NGO for the defense of press freedom.