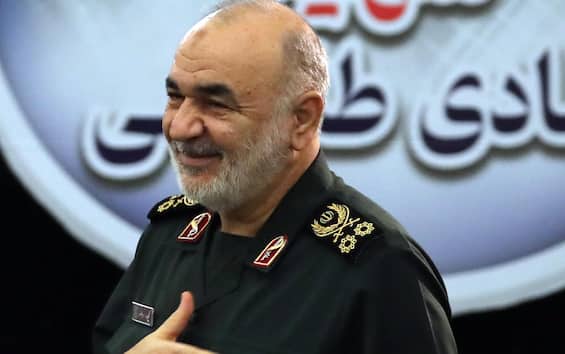 The new commander of the Iranian Revolutionary Guards, Hossein Salami, threatened the editorial staff of Charlie Hebdo. “Muslims-he warned-sooner or later will take revenge on those responsible for publishing cartoons that make fun of the leader Ali Khamenei”.

“I Think of the Fate of Salman Rushdie”

Salami then added, “You can arrest the avengers but you can’t raise the dead.” Then he recalled the attack suffered by the Iranian writer Salman Rushdie, stabbed and seriously injured in New York last August. “Let these French individuals think about his fate”. The late Iranian leader Ruhollah Khomeini issued a Fatwa in 1989 against the author of the ‘Satanic Verses’ for having insulted the Prophet Mohammed.

New cartoons against Iran in the next issue of Charlie Hebdo

The Salami attack comes after Charlie Hebdo published a new batch of caricatures against the Iranian regime. Although Tehran had already protested harshly last week over the cartoons making fun of the supreme leader of the Islamic Republic, Ali Khamenei, the satirical weekly has published new drawings against the mullahs’ regime. In particular, in the new issue – which will be on newsstands from January 11 – Khamenei is repeatedly mocked in reference to the tragic executions of demonstrators hanged in Iran.

The closure of the French Research Institute in Tehran

Last Thursday, the Iranian authorities announced the closure of the French Institute for Research in Iran (Ifri), affiliated to the Foreign Ministry in Paris: a form of retaliation against a first series of 35 cartoons published last week by Charlie, in the issue special dedicated to the victims of the jihadist attack which, on 7 January 2015, decimated the editorial staff of the newspaper in Paris. On Sunday, several dozen Iranians also gathered outside the French embassy in Tehran to burn French flags in protest against the paper. Charlie’s drawings were also condemned by Hezbollah, a powerful pro-Iranian movement in Lebanon, while France rallied in defense of the publication.