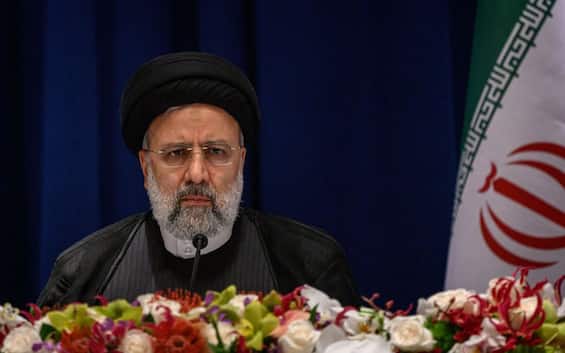 I am now eighty the Iranian cities that have been the scene of clashes with the security forces during the demonstrations and marches organized to protest the death of Mahsa Amini, died while in custody for badly wearing the veil. The toll of the last twelve days is more than 70 dead and 3 thousand arrested. President Ebrahim Raisi however it does not seem to recede: “Whoever is involved in this chaos that throws the country into instability must be arrested, both those who provoked it and those who lead it”he said, speaking on state television Wednesday night.

Despite the growing number of deaths and the wave of arrests in the thousands, the line of President Raisi remains the same almost two weeks after the start of the crisis. He vigorously insists on the courage of police officers who are “giving their lives to defend the country”, pointing out that many protesters are influenced by the seditious activity of dissidents. For Raisi the events are “unacceptable“. In all his utterances he is backed by the governors of the provinces who speak of” premeditated assaults and the destruction of public goods. “The finger is pointed especially at the Iranian Kurdish minority dissidents, accused of fomenting revolts in the North-West. the reassurances made in New York, when the President guaranteed that an investigation had been opened on the “Tragic accident”. Authorities continue to label Amini’s death as a “sad episode” and ensure that an official police forensic report will be published in the next few days. According to activists, these are simple declarations of intent: the propaganda is pounding in spreading the theory that Amini died of natural causes.

Even schools and universities in revolt

Meanwhile, civil society is increasingly out of control. Many Iranian artists and sportsmen took to the field in support of the demonstrators. This week the indignation has also reached schools and universities: students and professors are deserting the lessons and join the strikes that are called by the sector associations. In other cases, as happened to the Shiraz School of Medicinethe training centers become the stages of protests: the places chosen to clamor for the release of the young people arrested.