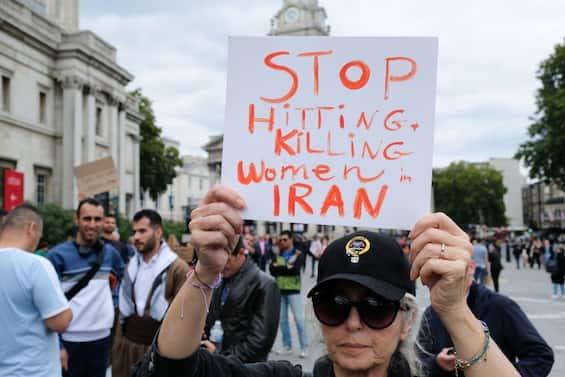 The anger does not stop in the streets of the cities of Iran, where women scream to protest the death of Mahsa Amini, the 22-year-old native of Kurdistan who died after three days in a coma from the mistreatment suffered by the moral police who arrested her because she was not wearing the veil correctly. Streets, universities, underground station bazaars have become the new symbolic places of the demonstrations which, according to the human rights association Hengaw Organization for Human Rights, led to the arrest of over 500 people. According to Iranian state television, 17 people have been killed in the demonstrations so far. “Seventeen people, including protesters and policemen, lost life in the events of the last days “the

TV without detailing how many were the dead among the organizers of the protests and how many among the agents of public order. Footage circulating on social media shows Iranian police officers shooting at protesters. It is precisely the gunshot wounds that have been fatal for the 16-year-old, explains the BBC.

Protests are held in particular in Tehran and in about twenty other Iranian cities, including those in Kurdistan and in particular in Saqez where Amini was born 22 years ago. Here the women took to the streets bareheaded, waving the Islamic veil or burning it. “No to the veil, no to the turban, yes to freedom and equality!”, Sang the demonstrators in Tehran. There was also no lack of extreme and demonstrative gestures by Iranian women in the parades: many took off their hijabs and burned it to protest against the law on the veil. Others have cut their hair by posting videos on social media. In the country, in light of the protests that do not stop, access to Instagram and WhatsApp has also been blocked: NetBlocks reports, reporting interruptions by all the main Internet service providers.

A street in Tehran in the name of Mahsa Amini

Protesters in Tehran decided to ‘cancel’ Hijab Street and rename it in the name of Amini. A video, relaunched by the BBC, shows activists spray off the name ‘hijab’ from the road sign and write ‘Mahsa’ on it. Meanwhile, the Persian hashtag #MahsaAmini has reached over 3 million mentions on Twitter, while the Iranian judiciary has announced the creation of a commission to investigate Amini’s death. President Joe Biden warned harshly that yesterday from the UN assembly stage he said that the US is “at the side of the courageous Iranian women”.