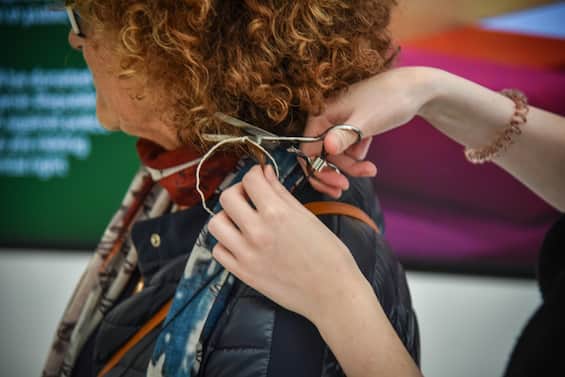 The death of the 22-year-old Kurd Mahsa Aminiaccused by the Tehran moral police of not wearing the veil correctly on 16 September, has shaken the whole world.

A wave of protests rose from the streets ofIran to then spread and refract in those of the international community. From neighboring Turkey, to Europe, to America, the rebellion is strong, clear, direct. It is not made up of words, it avoids language barriers, rather it chooses the unequivocal language of gestures. In this case the gesture is only one: that of cut hair. There are those who amputate a small lock, while others, almost violently, make a clean, ferocious cut.

But why the hair? To explain it is Bita Malakuti, Iranian poetess, today a guest on SkyTg24: “Hair cutting is an old ceremony used in Iran and other neighboring countries. It means “mourning”: when you are faced with great sadness or anger, then you cut your hair. It is like ignoring one’s aesthetic sense or one’s beauty to show that one is sad. Now this has become symbolic.“

A symbol of anger; a scream calling for change where verbal cries are drowned out by the regime’s propaganda. A cut that becomes a metaphor for what has always been cut in Iran: words, freedom, rights.

In the West, women usually love to take care of their hair. A cut is a cuddle, a gesture of care, well-being and affection for your body. Yet, since September 16, something has changed. “For the first time even Western countries are listening to our voices“- continues Marakuti -“What I would like to say is not to confuse that of the regime, which distorts things, with that of the people who take to the streets. Often they cannot express it, so listen to it and spread it: be our voice. I cannot predict the future, but I am very confident: this revolt is different from the past, it is something big and represents a step forward.“