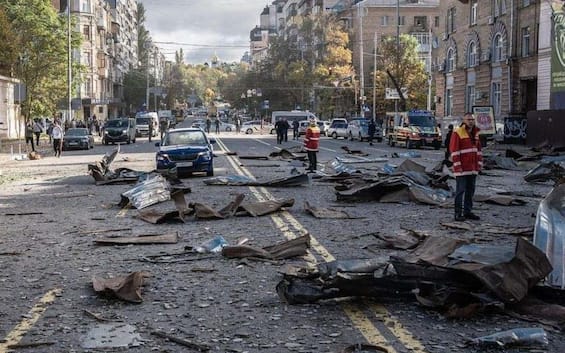 Kiev accuses, Tehran defends itself. “Iran has not sent weapons to any of the parties involved in the conflict between Russia and Ukraine,” said the spokesman for the Iranian Foreign Ministry, Nasser Kanani, according to the Mehr agency, responding to the Ukrainian premier, Denys Shmyhal, according to which Tehran sent drones to Moscow that were used in the conflict against Kiev. “Iran’s foreign policy is based on opposition to war in any area of ​​the world,” the official said. “News that Iran supplies drones to Russia have political ambitions and are circulated by Western sources” concluded Kanani. Meanwhile, attacks on Iran on social media by Ukrainian institutions continue.

“Russia and Iran are united in sowing death and terror,” he published on Twitter Ukrainian Defense Minister Oleksii Reznikov. “The Iranian drone Shahed-136 is just one of their tools, along with the missiles, Kalibr, Iskander and Kh and the drones Mojaher-6, Fateh-110, Zolfaghar” wrote Reznikov. “Democracies and the brightest minds in the world they must unite to repel these attacks and defeat evil “concluded the minister.

Iran is directly responsible for the killings of Ukrainians

About Iran, he writes on twitter Ukrainian President Mikhailo Podolyak’s advisor: “A country that oppresses its own people is now providing Russian monsters with weapons for mass murder in the heart of Europe” then continues “This is what unfinished business and concessions to totalitarianism mean.” tough after the new Russian raids on Kiev that would have been conducted with Iranian-made drones.