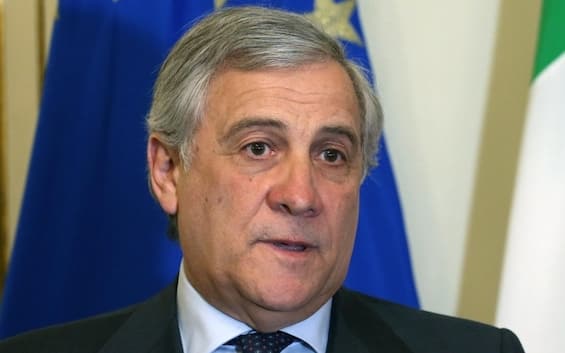 Italy committed to defending human rights and democracy condemns the death penalty and the ongoing violent repression. This was stated by the foreign minister who summons Mohammad Reza Sabouri to the Farnesina

Stop the death sentence and the violent repression of demonstrations in Iran. These are the requests made by Foreign Minister Antonio Tajani who he hopes will be accepted. “This is not an urgency in the internal affairs of a country but requests for freedom” Tajani declared at the end of the meeting at the Farnesina with the Iranian ambassador-designate, Mohammad Reza Sabouri. “We ask that girls not be killed in a protest or girls at a checkpoint, that teenagers are not killed”, reiterated the Italian vice premier. “We defend human rights and the freedom to demonstrate in every country in the world. Like Italy, we cannot give up our values” explains Tajani.

Tajani: “Killing minors has nothing to do with public order”

Foreign Minister Antonio Tajani expresses his ”concern and indignation about what is happening in Iran” and formally asks the Iranian ambassador “to convey Italy’s requests to his country’s government”. Suppression of death sentences, immediate halt of executions, and suspension of the violent repression of demonstrations. In addition to these requests, the foreign minister would like “the Iranian political authorities to open a dialogue with the demonstrators”. Then he continues: “Killing a 12-year-old girl, a 14-year-old teenager and a 17-year-old boy is not a matter of public order” and ”has nothing to do with the protection of national security” underlines Tajani.

Tajani to Iran: the death penalty is unacceptable

“No authority can claim the right to take the life of a convict, even if he has committed the crime for which he is accused” declares Tajani, recalling that “even at the UN we have sided in favor of a moratorium on the death penalty” which it is unacceptable both for Italy and for the European Union. “So either executions will be suspended, or it will be difficult for us to change our attitude. We will continue to strongly condemn what is happening”, concludes Tajani.