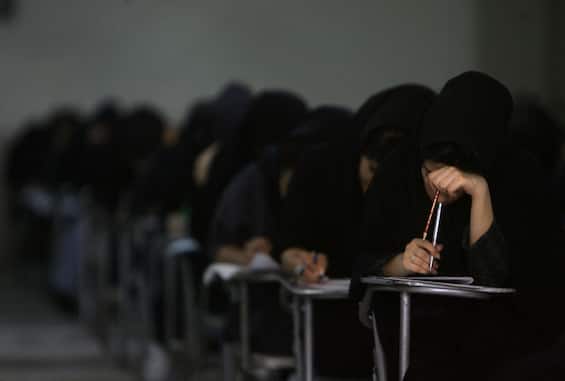 12 days of struggle, 3 thousand arrested, more than 70 people killed in the clashes: this is the balance of the repression that has struck against the demonstrations for Mahsa Amini, the twenty-two year old who died because she wore the veil badly. The protest has now reached classrooms: students have begun to desert classes along with many teachers who point the finger at the government.

Strikes by students and teachers

Among the victims of the police force there are many young people in training. For this the council that coordinates the cultural associations of teachers, one of the main organizations in the country, has invited students and professors not to enter the entrances of schools and universities on Mondays and Wednesdays. The appeal was addressed to teachers of all levels, whether in career or retirement, and to other professional categories to field a joint battle.

The initiative was promoted last Sunday on the wave ofindignation for the bloodbath and the chain of arrests. To motivate such a strong and symbolic gesture is also the use that the public force is making of school buildings. IranWire reports passages from the statement: “So many (schools) have been transformed into military bases to crack down on protesters. Many of the young people arrested – the council insists – are high school students who have not yet met the university but have already gone through the experience of isolation in prison ”. The goal is to induce the government to lay down its arms, but not only that. The teachers’ union believes that the message coming from the streets cannot be ignored by the authorities: they are brave women who demand “natural rights”. The coordination accuses the authorities’ narrative and the lack of scruples: “The repressive apparatus of the government, whose media system and propaganda are geared towards demonstrating that Mahsa Amini died a natural death, is not afraid of falling into contradiction of killing innocent in the streets “.