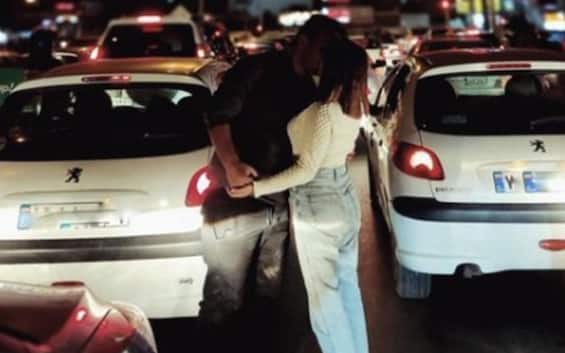 A boy and a girl, holding hands, in the middle of a busy street. She without a veil, her face immersed in his for a kiss that makes the revolution in Iran. It is the “kiss of Shiraz”, the image that has gone viral on social media and tells of the desire for freedom of young Iranians, the main protagonists of the protests against the government in Tehran over the death of Mahsa Amini, the 22-year-old of Kurdish origin who died two months ago after being arrested for not wearing the headscarf properly.

In Iran, kissing in public is prohibited

According to social media users, the photo – whose author is unknown – was taken on Tuesday evening on a busy street in Shiraz, where people took to the streets yesterday in response to calls by activists to commemorate the anniversary of the more than 1,500 people died during the 2019 protests, known as “Bloody November”. The shot has already become the symbol of the revolution in the country, where even a kiss in public is “against morality” and prohibited. A way to “celebrate life”, writes someone on Twitter, while repression continues in Iran and people die to ask for freedom and rights.