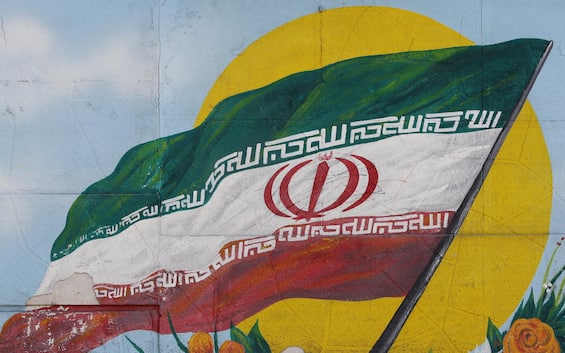 Atrocities, violence and rapes. In Iran, tension is increasingly high, amid bloody protests that have not stopped since September, following the death of 22-year-old Mahsa Amini, who died while in the custody of the morality police.
The latest case is that of Hamed Salahshoor, a 23-year-old protester and taxi driver: his body, who died in police custody, showed shocking signs of torture after being exhumed by his family, who reported it. It is the first case of its kind to emerge in these three months of anti-government protests in the country, harshly repressed by the authorities. He was arrested near Izeh on November 26, his family members told the BBC’s Farsi edition. Four days later, relatives said, security forces told his father that Hamed had died and made him declare that he had suffered a heart attack. But his body showed signs of severe head injuries and heavy surgery. “His face was smashed. His nose, jaw and chin were broken. His torso from neck to navel and above his kidneys was stitched up,” said two of the victim’s cousins, adding that the boy had participated in the demonstrations that started with the death of Mahsa Amini.

The torture told by witnesses: “Forced to rape each other”

In prisons, violence and torture by the police are reaching unimaginable cruelty. Some testimonies collected by Corriere tell it, one of which is contained in a voice message in Persian. The man who speaks, Ali, has just been released from prison, he is also a taxi driver and is one of the few willing to tell what he saw and was forced to suffer. “I was arrested in front of the University of Isfahan (in central Iran, ed), at the end of October. I supported the students in the protests against the dictator Khamenei,” the man told Corriere. The guards took him to a secret detention center. In addition to prisons – according to a report by World Prison Brief, there were 253 prisons in 2014 – the regime has in fact facilities whose address is not known to the public, where it interrogates, tortures and detains dissidents.
“They do better with animals than with us,” says the man. “There was a very tall man with a balaclava. He was always insulting us and hitting us.” Then the creepy story: “They took us into a room and beat us up, threatened us and ordered us to rape each other. On the ceiling, a video camera that filmed everything”. Videos that are used to blackmail protesters and force them to make false statements.

Atrocities confirmed by Iran Human Rights Monitor, a London-based NGO: “The systematic use of rape in prisons is nothing new. They happen to both women and men, without difference”. Even a 2020 Amnesty International report confirms that rape is a widely used method of torture and repression, in addition to beatings, isolation, waterboarding, electroshock.
Il Corriere also got in touch with Sara (invented name, ed), 23 years old. She too ended up inside after a demonstration, she too suffered sexual violence. Her guards repeatedly raped her. If little has been written about rapes on men, CNN has told of the sexual violence against Iranian protesters and there are many stories on social media. Among all, that of Armita Abbasi, 20, who ended up in hospital.
Sara does not want to talk about the sexual abuse she suffered because “I still can’t think back to those moments”, she says, but she underlines another aspect of the torture: the psychological violence. “In prison, doctors try to brainwash you. They kept repeating to me: “You’ve ruined your life, why do you manifest?”. The psychologist told me that young people like me then commit suicide: “What’s the point of a life lived like this? “. The girl says that they instigated her to think of taking her own life, but she replied that she wanted to continue living to see her free Iran. Today the two witnesses, Sara and Ali, are out on conditional release. With those too painful images in memory, deprived of their dignity.