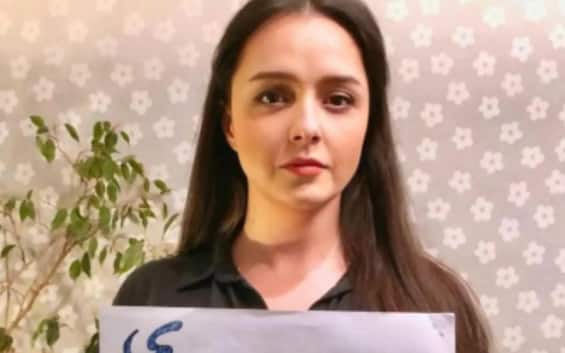 Taraneh Alidoosti a month ago said she was willing to pay “any price” to stay in Iran to support the demonstrations calling for the end of the Islamic Republic. The famous actress, star of the film “The Client” has now been arrested in her home in Tehran after a search carried out by the security forces. The actress was taken to Evin Prison. The Tasnim agency reported that the reason for the arrest was “posting false and distorted content and inciting chaos”.

“I will stop working and fight for my home”

In early November, Alidosti had published a photo of himself on social media without hijab, holding a sign with the slogan of the protests ‘Woman, life, freedom”. In another post he declared: “I will stay, I will stop working, I will be by your side of the families of the prisoners and those killed and I will demand that their rights be respected. I will fight for my home. I will pay any price to defend my rights and, above all, I believe in what we are building together today.”

The most recent post on Instagram, which had more than 8 million followers, is no longer accessible and dates back to December 8, on the day of the first hanging of one of the protesters arrested during the repression implemented by the authorities. “Iran has executed a protester,” wrote Alidoosti, “a 23-year-old boy arrested, tried and killed in less than two months. His name is Mohsen Shekari. Every international organization that stands by and watches this bloodbath and it does not take measures, it is a disgrace to humanity”.

Chorus of appeals for the release of the actress

Celebrities and rights groups have launched calls for his release. “This brave Iranian actress has been arrested,” wrote her colleague Golshifteh Farahani on Instagram, also an actress and activist, who had emigrated abroad for years due to problems with the authorities. “Taraneh Alidoosti is one of Iran’s most talented and acclaimed actresses… I hope she is free to continue representing the strength of Iranian cinema soon,” tweeted Cameron Bailey, head of the Toronto International Film Festival.

Garrison in front of Evin Jail

Dozens of famous film personalities staged a rally in front of the notorious Evin prison, north of Tehran, to support the actress. Participants include director Rahshan Banietemad, actor Peiman Moadi and actresses Hengameh Ghaziani and Mitra Hajjar. The latter two were also briefly arrested recently. Alidoosti was finally authorized today to have a brief telephone conversation with her father to inform him that she is in cell 209 of Evin, in the prison wing reserved for national security cases, and to ask for her meds

The lawyer of activists and journalists was also arrested

Mohammad Ali Kamfirouzi, the lawyer of several activists and journalists, was also arrested. This was reported by the reformist wing newspaper Ham Mihan. The arrest brings the number of lawyers detained in connection with the protests to 25, according to the outlet. Kamfirouzi’s defender, Mohammad Ali Bagherpour, said he was unaware of the allegations made against his client.

He treated protesters: “tortured to death”

Aida Rostami, a 36-year-old doctor who had treated injured protesters in Tehran in recent weeks, was tortured to death. The state in which her body was found undoubtedly denies the hypothesis of a road accident instead accredited by the Iranian authorities, as has already happened in other similar cases. The news of the woman’s death, who disappeared earlier this week and then returned lifeless to her family, is arousing bewilderment and shock. In Iran the wave of arrests has not subsided either, thousands since the riots began, and the death toll has risen to at least 469 according to the Norwegian-based NGO Iran Human Rights.