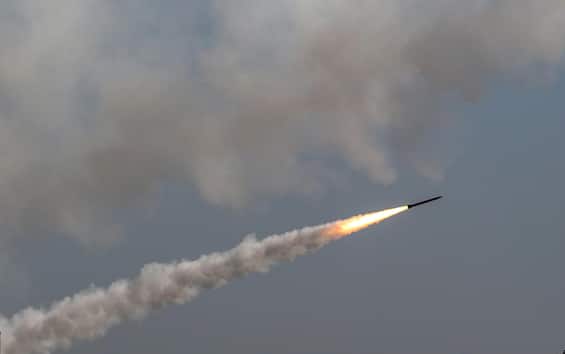 Israel raid on the Gaza Strip in the night between Monday 18 and Tuesday 19 April. It was denounced by some witnesses and the Islamist movement in power Hamas. The raids are a response to the rocket launched by the Palestinian enclave on the southern Jewish state on Monday evening. Meanwhile, today is the meeting of the UN Security Council, after the incidents on the esplanade of the mosques.

The rocket and the raids

On Monday evening, a rocket was launched from the Gaza Strip towards southern Israel. According to a military spokesperson, the missile was intercepted by Iron Dome, Israel’s air defense system. In the area, shortly before, the alarm sirens had sounded and the population was in shelters. The launch is the first in several months. In response, Israeli forces carried out raids in the night. According to witnesses, the planes carried out attacks in the southern Strip, while the armed wing of the Islamist movement announced that it had opened fire on Israeli military aircraft. “Congratulations to the resistance men who faced the fighters with our anti-aircraft defense,” Hamas spokesman Hazem Qassem said in a statement, arguing that Israeli forces hit “empty sites.” hit the weapons factories of the terrorist organization Hamas in the Gaza Strip “, the Israeli army reported instead.

The clashes of the last days

These latest gunfights come after last weekend’s violence in and around the Temple Mount in Jerusalem – the third holiest site in Islam and the first sacred site in Judaism under the name of the Temple Mount -, which caused over 170 injuries, mainly Palestinians. According to Israeli Prime Minister Naftali Bennett, Hamas is behind the violence. “In the last week a violent campaign of incitement directed by Hamas has been waged against us,” he explained in a statement. The UN Security Council meets today: according to diplomatic sources, the meeting has been requested by China, France, the United Arab Emirates, Norway and Ireland and will be behind closed doors.