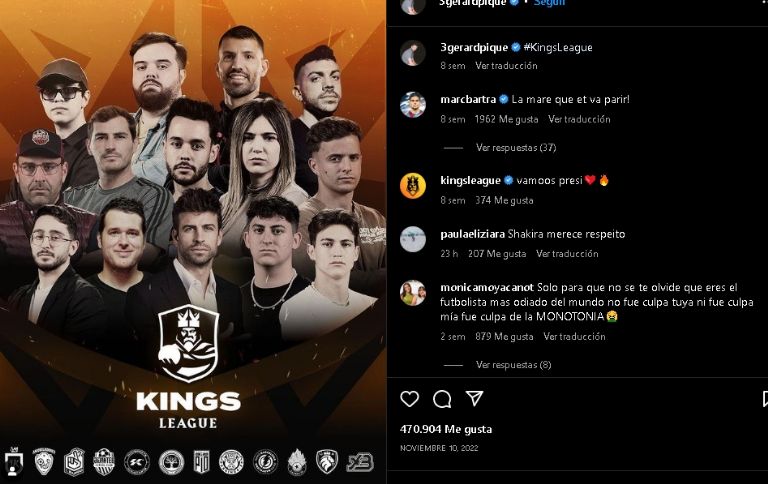 This weekend a new episode occurred in the media fights between the Colombian singer Shakira and the Spanish ex-soccer player Gerard Piquésince one of his children joined in a dispute that will surely cost the family more than one upset.

It was during Piqué’s Twitch broadcast that he presented a live show with his new King’s League project in which he participates along with other streamers. In this context, Milan appeared in the transmission that he is none other than the soccer player’s son with Shakira, and with this a mess was generated because the boy’s appearance was not authorized by his mother.

As indicated in a statement from Shakira’s communications team “the singer in no case gave her prior consent or was consulted regarding the participation of her son Milan in the broadcast of an event of Gerard Piqué’s company in a content discussion adult”.

What is the King’s League?

For those who do not know this new sports project by Piqué, we tell you that the King’s League is a Spanish league created in 2022 that began on the first Sunday of 2023. And it corresponds to a league made up of 10 teams which have some streamer presidents like Ibai or ” Thegrefg”. And the president of the league is the former FC Barcelona player Gerard Piqué.