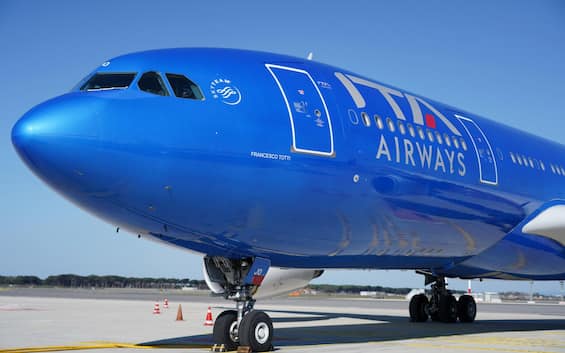 Turning point in the very long gestation of Alitalia: the Germans of Lufthansa presented their offer for Ita Airways, the heir of the national airline controlled 100% by the Ministry of Economy. First step towards privatisation

Now the actual negotiation can begin, the exclusive one: Lufthansa has presented, as anticipated by the financial press, its offer for Ita Airways. With a letter to the Ministry of the Economy, owner of 100% of the company born on the ashes of Alitalia, the German company proposed its plan, divided into two phases (as established by the latest Government decree): first the purchase of a minority stake (we are talking about 40%, with an investment between 300 and 350 million which would therefore value the entire company around 800 million), then the subsequent purchase of the remaining shares.

Sale in two phases, 800 million on the plate

A “then” to be quantified in the negotiation, in fact, exclusively, which will be triggered if the Memorandum of understanding is (almost certain) signed: the Government’s intention is to keep control of Ita for several more months and accompany it very gradually to full privatisation. Ita Airways, born in October 2021 with state funding of over one billion, has a fleet of 69 aircraft and has 3,600 employees (against the over 10,000 of the old Alitalia). “Italy represents the most important market outside the domestic ones and the United States”, underlines the note from Lufthansa. “The will to integrate Ita Airways within the companies of the group – adds the German giant – lies in the strong interchange of the country on a global level, through business and private travel, in its strong export-oriented economy and in its being one of the most attractive tourist places in Europe”.

With this letter, the group led by Carsten Spohr puts itself in pole position, reversing the situation compared to last summer: the Draghi government had in fact granted exclusivity to the US Certares fund, but the Meloni executive, as soon as he took office, had stipulated that the buyer should be an airline.

In short, an industrial partner, not just a financial one, that Giorgetti has always seen in Lufthansa, which in the meantime has lost its initial consortium partner, MSC. Now only Lufthansa remains: soon, probably, the only exclusive suitor.