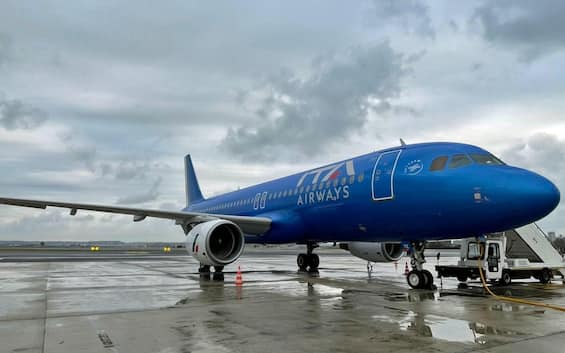 The decree approved by the government last December has arrived in the Official Gazette. A mechanism is envisaged which envisages the sale in several phases, limited to subjects who have already participated in the phase of the procedure already concluded and who are able to “acquire an initial stake in the company of such a size as to confirm the seriousness of the commitment as well as to subsequently acquire control or the majority of the capital”. In fact, the offer from the German company is awaited

The privatization process of Ita Airways, the Italian national airline that replaced Alitalia in autumn 2021, has restarted. In fact, the Dpcm was published in the Official Gazette setting out the procedures for the procedure, approved by the government on 21 December. A mechanism is envisaged which envisages the sale in several stages and the field of action is limited not only to “subjects who have already participated in the previous procedure” but also who are “able to acquire an initial stake in the company of such a size as to confirm the seriousness of the commitment as well as subsequently acquiring control or the majority of the capital”. For the moment, only the German Lufthansa is showing explicit interest in Ita, which is now responsible for formulating the offer.

The buyer and the price

The decree begins with a long introduction followed by a single article. It should be noted that the main purchaser must be represented only by an airline, both in the initial phase and in the final phase of the resignation procedure. The price will have to take into account Ita’s equity and the path may also take place through one or more capital increases. It is a financial mechanism which, in fact, leaves the amounts within the company, so as to favor its development.

Negotiation and guarantees for the State

However, the negotiation will have to follow precise lines. For example, it will be necessary to define the industrial development and growth plan, paying particular attention to “the development of national hubs, entry into strategic markets and the increase in long-haul routes”. In the management of the company, a “preeminent” role of the purchasing company is envisaged, which, however, will have to act as a counterweight with precise guarantees for the State. And therefore: the Ministry of the Economy will have to be recognized “adequate powers of control over management and the right to approve new shareholders”, as well as “option clauses relating to the sale of the residual stake held”.