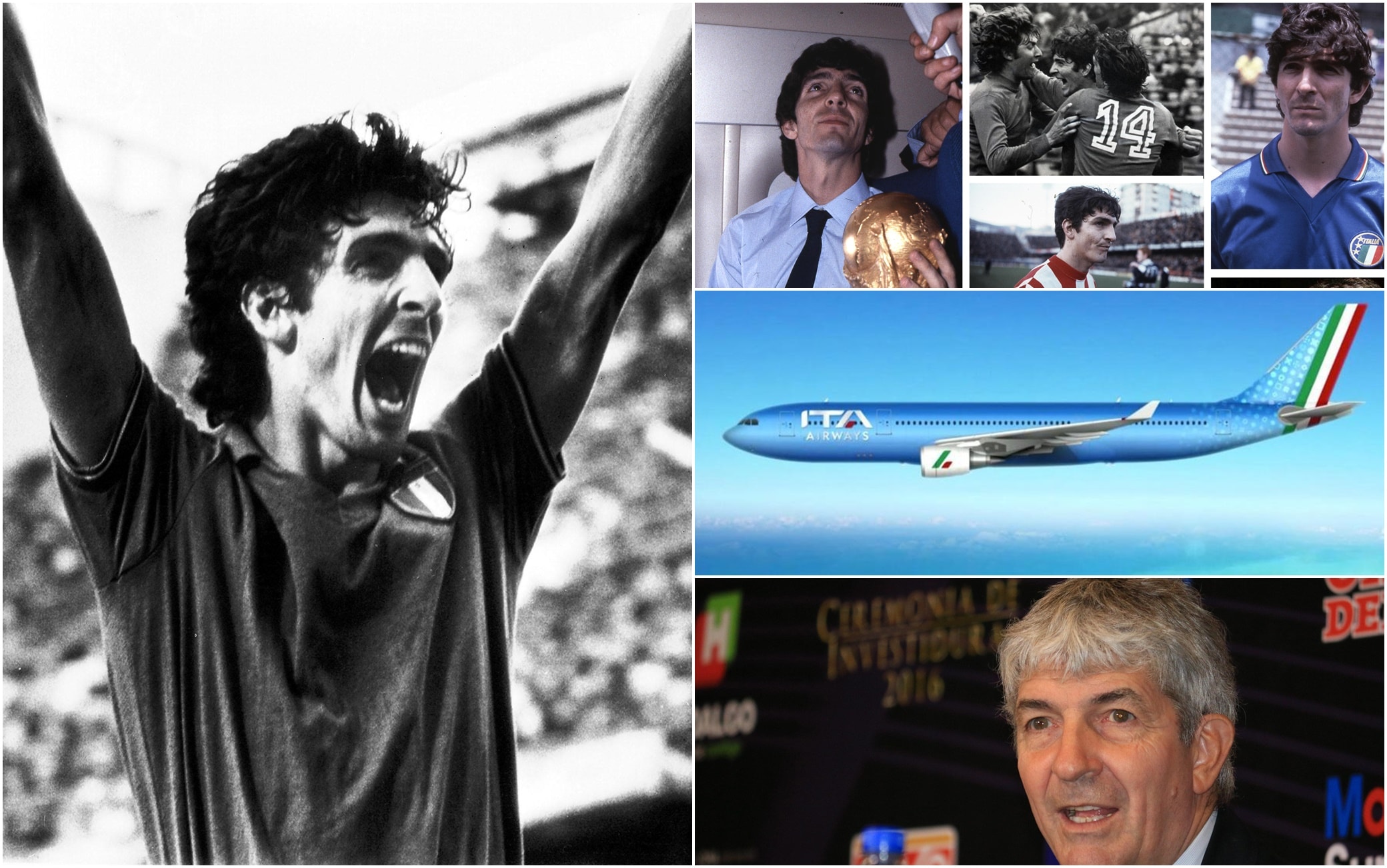 The airline has announced that it has chosen to name the Airbus A320 after the former footballer, which will enter the fleet in a few weeks. The other new aircraft will also have the names of the “greatest Italian sportsmen, ambassadors in the world of professionalism, determination, strength, passion and determination”. Federica Cappelletti, wife of the champion: “Paolo loved to travel. For me it is therefore a particular reason of great emotion and pride to see his name flying in the skies of the world “

The first aircraft with the new blue livery of Ita Airways will bear the name of the former footballer Paolo Rossi: it will be an Airbus A320, in the fleet in a few weeks. The company has made it known that the decision to name it after the blue champion is part of the strategy of naming the new aircraft “after the greatest Italian sportsmen, ambassadors in the world of professionalism, determination, strength, passion and determination”.

Paolo Rossi – top scorer at the World Cup in Spain, 1982 World Champion, Golden Ball and popular icon who passed away on 9 December 2020 – is a “sportsman who has transformed his difficulties into one of the most beautiful stories of Italian sport”, he said. Ita motivating his choice. The new livery, recalled the airline, is characterized by the blue color, chosen as a symbol of unity, cohesion and pride of the country and representative of sport and the Italian national team. On the helm there will be the tricolor, on the blue background the gold, white and red logo of Ita Airways and stylized icons inspired by the national artistic heritage. Ita has made it known that “fans of their social networks will choose the names of the champions who will be entitled to the next aircraft with the new livery”.

His wife, Federica Cappelletti, also intervened on the decision to name the first plane with the new livery after Paolo Rossi. “Paolo loved to travel. For me it is therefore a particular reason of great emotion and pride to see Paolo’s name on the blue livery of Ita Airways flying in the skies of the world and this makes me understand the love and esteem that Italians have for me. husband, who has always put passion and conviction for the blue shirt into his work, “he said. “I am very happy with the initiative of Ita Airways, which has decided to pay homage to the history of Italian sport. It starts with Paolo Rossi but the president Altavilla has already told me that soon other great champions of the past of all sports will have the honor to be entitled to an aircraft from the Ita fleet – added Giovanni Malagò, president of Coni -. On behalf of Coni and the Italian sports movement, I thank the company for the sensitivity it has had and for which we are proudly grateful “.